When Lindsay Hoopes, the second-generation proprietor of Hoopes Family Vineyard in Yountville, California, set out to transform the 19th-century farmhouse on property into a guest rental, she had one designer in mind: Erin Fetherston. The two have been friends since childhood—and since Hoopes had grown up in the elegant historic home, Fetherston had a unique understanding of the project. “Lindsay and I have known each other since we were two years old,” the designer said. The home had been lovingly decorated by Hoopes’ late mother, a talented interior designer, which made the project even more meaningful for both collaborators. “When Lindsay was ready to do the house, I felt honored that she asked me,” said Fetherston. “The fact that I had a personal relationship with her mom was a big part of it for her.”

Built as the area’s first timber house in the late 1800s, the property is referred to around town as “The White House” since the exterior has never strayed in terms of color palette. It’s an important part of the Hoopes family history, but also a meaningful piece of the town of Yountville. The historic charm comes through in its elegant exterior and its intimate floorplan, which dates back to an age where open concept wasn’t a thing.

While many designers would completely renovate and reconfigure a similar interior, Fetherston instead embraced the cozier dimensions, particularly the bedrooms and bathrooms, whose decor was inspired by Hoopes’ memories of her travels. “Lindsay, having lived in England and Ireland, brought this English bed and breakfast style as a reference for how to make small baths and bedrooms comfy and cozy,” said Fetherston. “We looked at images where you have bedrooms with a bath right in the room,” she said. Then, they focused on making the main spaces, like the kitchen, ideal for gathering and turning each bedroom and bathroom into its own special retreat.

When it came time to choose fixtures for the kitchen and bathrooms, Fetherston knew right away where she wanted to go: “House of Rohl® was the perfect partner,” she said, “given that they are a heritage brand and have pieces that feel historical and have the right details, but also feel fresh and modern.”

Below, Fetherston highlighted some of her favorite details and reminisced about the fun of reimagining a home that has meant so much to her over the years, and the process of getting it ready for guests who will make treasured memories of their very own. 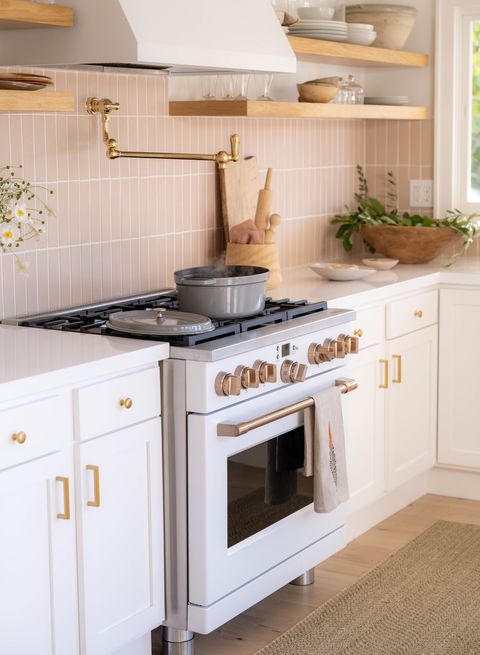 “Given the collaboration between Lindsay and me, honoring Lindsay’s mom, and Hoopes itself being an all-female owned winery, I wanted a feminine space,” said Fetherston. To that end, she created a beautiful country kitchen, with feminine accents and soft colors. The fixtures are from Perrin & Rowe® Georgian Era™ line by House of Rohl®, a favorite of hers: “I use it in my house,” Fetherston says. “It’s so chic, I love it. Given the history of the house, I felt it was a perfect match.” Brass and gold fixtures including faucets and, in the kitchen, a pot filler, add brilliance to cozy spaces, giving them a sense of liveliness. Fixtures from the Georgian Era collection are sleek, with a focus on elegant, classical forms, while some of the brass pieces used in the bathrooms are more ornate, speaking to the evolution of interior design in the 19th and early 20th centuries. 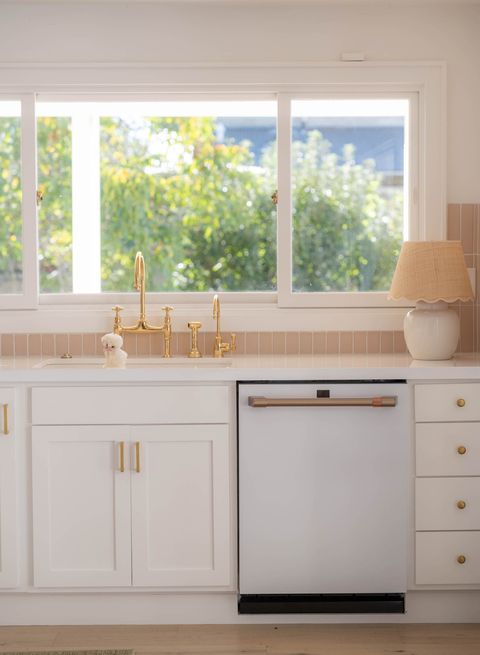 Fetherston chose the Perrin & Rowe® Georgian Era Bridge Faucet in English Brass by House of Rohl® for the sink, because “it has height and is very eye-catching.” The bold fixture sits atop an ROHL® Allia™ Fireclay Undermount Kitchen Sink by House of Rohl®, which is made of French clay covered in a luminous glaze. Fetherston echoed the elegant faucet with the Perrin & Rowe® Georgian Era Wall Mount Swing Arm Pot Filler, also in English Brass. 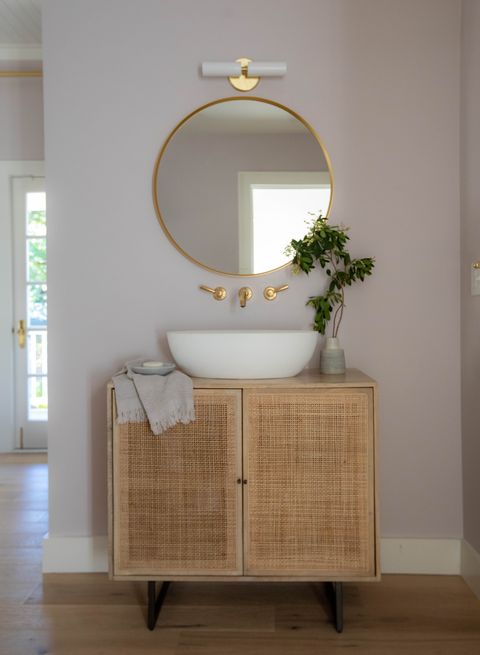 A narrow bathroom off of the hallway proved a design challenge, until Fetherston had a breakthrough. “In the middle of the night I said, aha!—let’s seal off the bedroom door, and make the bathroom the entry to the bedroom.” In what Fetherston called “a real bed-and-breakfast country cottage move” they integrated the wash basin into the bedroom itself, and made the WC be just the toilet, ultimately making the bedroom bigger and the bathroom smaller. Once the bathroom dilemma was solved, Fetherston’s goal was to make the space as pretty as it could be. “I didn’t use a traditional sink vanity in the bedroom,” said Fetherston. “We used a nightstand that we engineered with the Victoria + Albert® Barcelona™ Vessel Sink by House of Rohl® on top. It looked really cool,” capturing the country B&B vibe that so inspired Hoopes. The Perrin & Rowe® Holborn™ Wall Mount Widespread Bathroom Faucet by House of Rohl® adds a subtle modern touch. 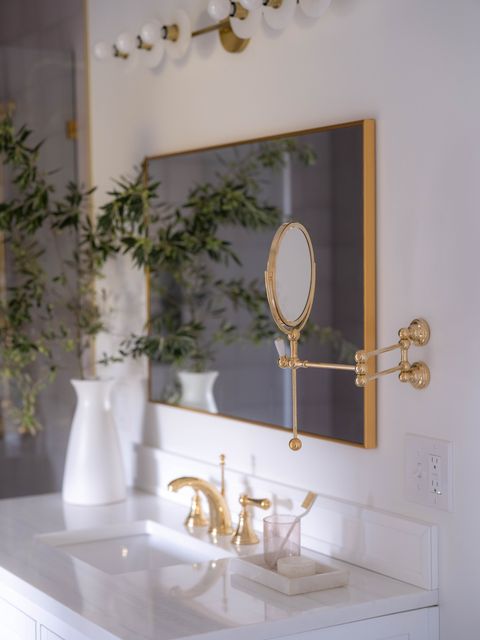 The bathrooms in this house are small, and Fetherston said, “Good things come in small boxes! I wanted these to be jewel boxes, and I think of plumbing fixtures and hardware as the jewelry in the home, since it gives sparkle, shine, and attitude.” 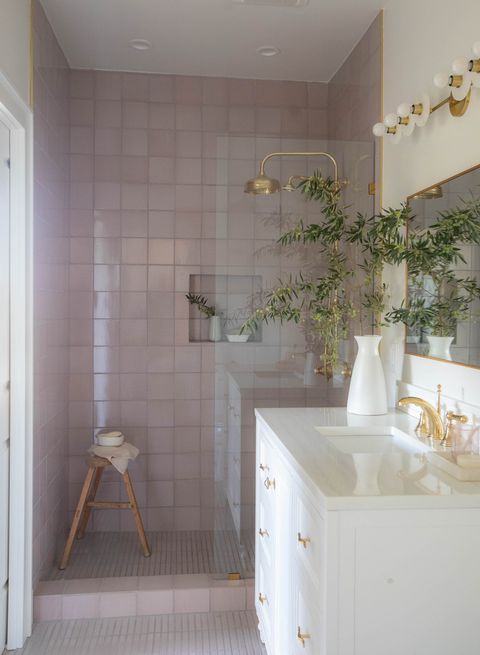 In one bathroom, she said, “we chose a terra cotta and lavender tile” which provides a glow-y backdrop for the gold-tone brass finishes of the Perrin & Rowe® Georgian Era Thermostatic Shower by House of Rohl® and the ROHL® Arcana™ Widespread Bathroom Faucet by House of Rohl®. 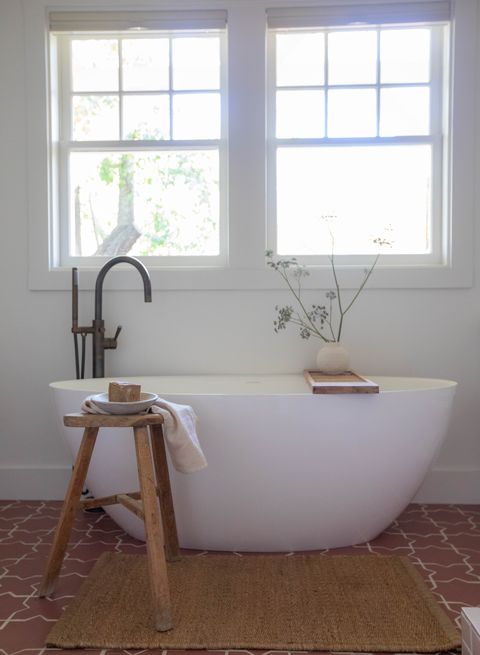 “I tried to make each bathroom a unique experience by playing with finishes,” said Fetherston. “The powder room uses polished nickel, while in the separate guest house, we got to bring in a freestanding tub.” The Victoria + Albert® Corvara™ Freestanding Bathtub by House of Rohl® makes for an ideal juxtaposition between old and new—its sleek, egg-like shape is contemporary design at its best, while the classic white volcanic limestone is a timeless material. Since the house is going to be used as a vacation rental, groups of friends can gather in the kitchen and living room and then retreat to their own private spaces—a little something different for everyone.

Thu Dec 1 , 2022
From decor to furniture to lighting, a bedroom renovation can prove to be quite a daunting task for many. Fret not! Here we are with 5 easy-peasy ideas for you to make your bedroom winter-ready, where you can doze off on the brink of comfort. 1. The more layers the […] 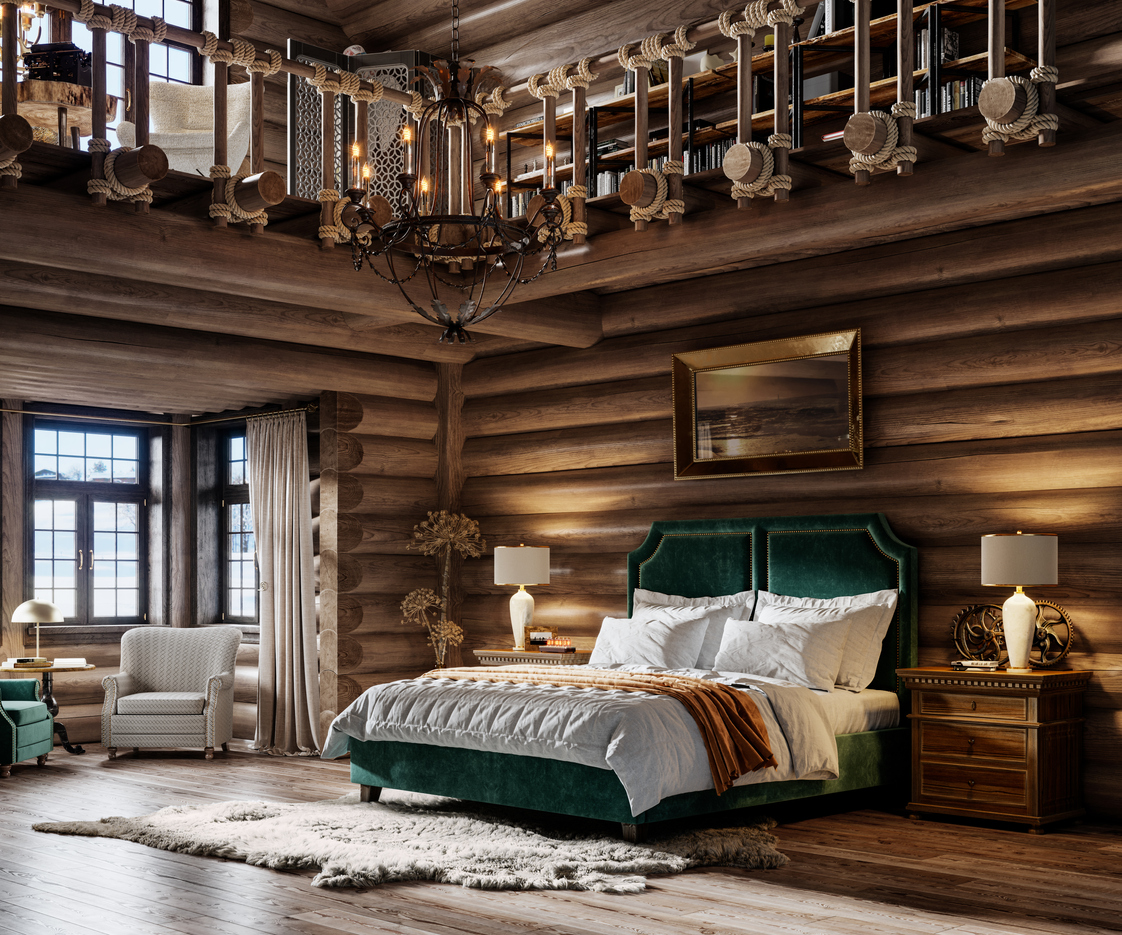