Tips on Choosing the Right Colour for Your Swimming Pool

It could be said that one of the main aspects to take into account when designing a swimming pool is the choice of colour for the coating. The light, the shadows, the depth, the environment and the elements that surround it are variables that directly affect the final tonality of the water. The effects of artificial and/or natural lighting also determine the final aesthetic, because if it’s located outdoors, reflecting the sky, it will create a different effect than if it’s located indoors, where the ceiling would influence its colour.

Water has the ability to absorb red, yellow and orange tones more easily than blue tones. Understanding that the colour of the water of the swimming pool is determined by the sky, then certainly its appearance will always tend towards a range of blues. As the depth of the pool increases, the blue tone will become darker, compared to if the depth does not exceed 50cm, then the water will seem transparent. Nowadays, there is a plethora of designs and a range of colours that go, to name a few examples, from green, brown, blue or white tones to grey, black, and more, responding to different needs and conditions.

The colour blue is the most commonly used since it reinforces the tonality of the sky it reflects. In general, it tends to be associated with clean seawater or a stream creating a refreshing effect of relaxation and tranquillity. Variations include turquoise, light blue, indigo, ultramarine, among others.

If the aim is to create a paradisiacal environment, a sandy or earth coloured coating can be used because, this way, the reflection of the water on the pool walls could be seen in turquoise tones. In the event of variations in the climatic conditions of the region where the pool is installed, the tonality could change, which is why it is recommended for areas with high sun exposure. On the other hand, if the aim is to create a more natural environment, you can choose to use green tones that, accompanied by surrounding vegetation, can achieve the effect of a natural lake with darker tones, or a Caribbean beach with colours like emerald green.

The use of white tones is recommended in predominantly sunny areas since it helps to highlight the internal and external elements that surround the pools. Although it can be dazzling to look at the walls sometimes, it’s the colour with the least degradation due to the effect the sun has on the pigments, and in which the residues that lime leaves in the water are the least noticeable.

The greyish tones create an effect similar to the one produced in the sea, one could even say imitating an ocean or lake. In addition, the greyish tones help hide dirt or traces of dust accumulated inside and can also increase the temperature of the water, although not as much as black tones. The latter would be the most appropriate if the aim is to maintain an elevated water temperature throughout the year. Although it may be considered difficult to apply, the black tone creates a mirror effect, reflecting the scenery around the pool. It should be noted that, given its characteristics, it is the most used when building artificial lakes with natural plants.

Mon Dec 20 , 2021
If you’re going to be hosting visitors for the holidays, now’s the time to start sprucing up your guest bedroom and bath—making the bed with fresh sheets, washing the bath towels, and just dressing up the space a little to ensure your guests feel like it’s their home away from […] 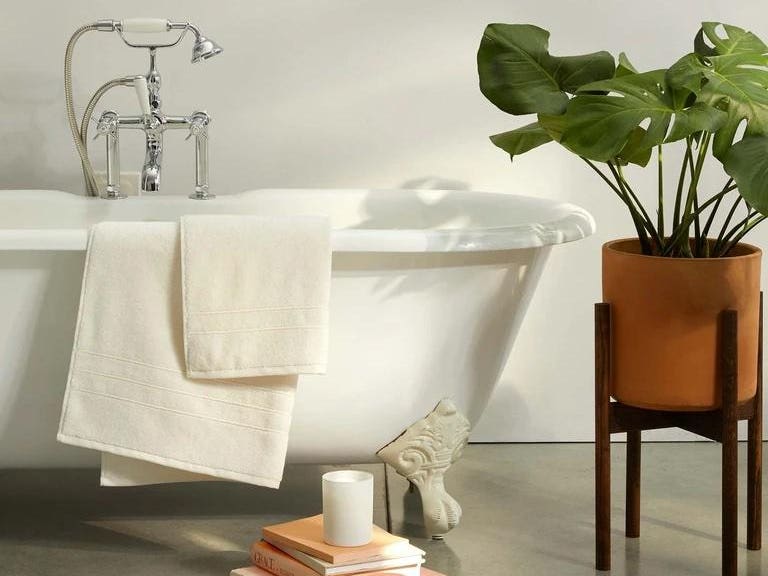