Property tax bills going out this month are revealing the carnage wrought by the pandemic on New York City’s commercial real estate market.

From the Empire State Building to the Four Seasons, property owners saw the value of their buildings drop. The lower assessments stand to provide tax relief, but also serve as a ominous reminder of the damage done to commercial buildings as Covid-19 emptied out Manhattan.

All told, New York expects property tax revenue to drop by $1.6 billion, or about 5%, in the coming fiscal year. That’s the most significant decline since the early 1990s, and a major blow to the city’s largest source of revenue.

“The Finance Department thinks the value, particularly of Manhattan commercial property, was definitely reduced as a result of Covid,” said George Sweeting, deputy director for the New York City Independent Budget Office. “That’s a huge concern going forward if their view is correct.”

Just about every corner of commercial real estate was touched. Office buildings saw their market value for tax purposes drop by 16% citywide, according to data released last month by the Department of Finance. Hotels and retail property sank more than 20%.

A review of the city’s final tax roll shows in a more granular way how the city delivered tax relief — block by block — in Manhattan. Even as widespread vaccinations fuel optimism about a recovery, the data underscore the long road ahead for New York as it recovers from the pandemic.

Hotels, in particular, are still struggling. While the industry received some of the biggest cuts to value, there were significant differences among properties.

The St. Regis, the luxury property owned by Qatar’s sovereign wealth fund, for instance, had its taxable value cut by 36%. So, too, did the Four Seasons. The New York Hilton Midtown — one of the city’s largest hotels — was initially given no relief, but got a reduction of 13% on the final tax roll.

Office landlords also saw big cuts, even as many continued to collect rent from tenants. Billionaire real estate families, including the Solows and Dursts, saw some of their skyscrapers cut in value by more than $100 million.

Reduced office demand in New York could be a challenge for landlords for years to come if companies embrace remote work. Still, the lower assessments could pad profits at some buildings that remain leased.

Revenue at the property, which is owned by Tishman Speyer and Silverstein Properties, climbed to about $61.5 million from $59 million last year, while net operating income dipped slightly as a result of higher expenses, loan documents show. The property was 89% occupied at the end of 2020.

Despite that, the tower’s market value for tax purposes was reduced by 25% to $253 million. If the tax rate on the building stays the same, that could translate into about $3.5 million in savings this coming fiscal year, potentially boosting profit by almost 30%.

Two Vornado Realty Trust properties in Midtown also received steep reductions from the city, despite having leases with major tech tenants that have surged in value during the pandemic. One 12-story office building, which is leased to Amazon.com Inc. for at least another decade, had its taxable value cut by 14%. At Penn 11, which counts Apple Inc. as a tenant, the taxable value dropped by 23%.

“You would think if they got these decreases in their tax assessments it’s because they were nearly vacant and rents have fallen off dramatically, but that’s certainly not the case here,” she said. “They’re considered good buildings, and Vornado is a top landlord.”

Even in normal years, valuing all the property in New York is an enormous task. The city uses a mass appraisal methodology, which means it doesn’t necessarily take into account information in loan documents or other sources that could give it a picture of a specific building’s performance.

Instead, the city relies on information that building owners submit about their properties. But a lag in that reporting meant that the data used for the most recent assessments were from 2019 and didn’t reflect the realities of the pandemic.

As a result, the city relied on more current macroeconomic data like the unemployment rate and office vacancies to adjust the assessments.

“Given the unprecedented disruption caused by the pandemic, the NYC Department of Finance had to adjust pre-pandemic data reported by property owners to factor in economic conditions that reflected pandemic impacts across several sectors,” spokesman Curtis Simmons said in a statement. “The goal of the department during this extraordinary period was to reflect real estate market trends as accurately as possible.”

Despite the broad reductions, haggling over the bills is likely to stretch out as property owners challenge their assessments. And, even if there is a quick bounce back in the real estate market, the lower values from this year are likely to weigh on city revenue for some time. That’s because property taxes are typically assessed on the average value over the previous five years, an arrangement aimed at blunting increases in an appreciating market.

Federal aid will help New York avoid drastic cuts to services in the short term, said Ana Champeny, director of city studies at the Citizens Budget Commission. But damage to property tax revenue stands to be a significant challenge for the recovery, since it has fueled so much of the city’s ability to spend on social services and other programs.

“The question for the city is really a long-term one,” she said. “Until we know what happens with remote work and office use and tourism, it’s not going to be entirely clear about how the commercial real estate market is going to recover.”

Skaneateles real estate is on fire: For some, a lakeside home for $5 million is a steal

Thu Jun 10 , 2021
The demand for Skaneateles property is so high, real estate agents are offering to buy homes that are not even for sale. Even in the middle of a coronavirus-induced economic crisis, people from New York City and Los Angeles are chartering Ben Eberhardt’s boat to shop for multimillion-dollar mansions. Last […] 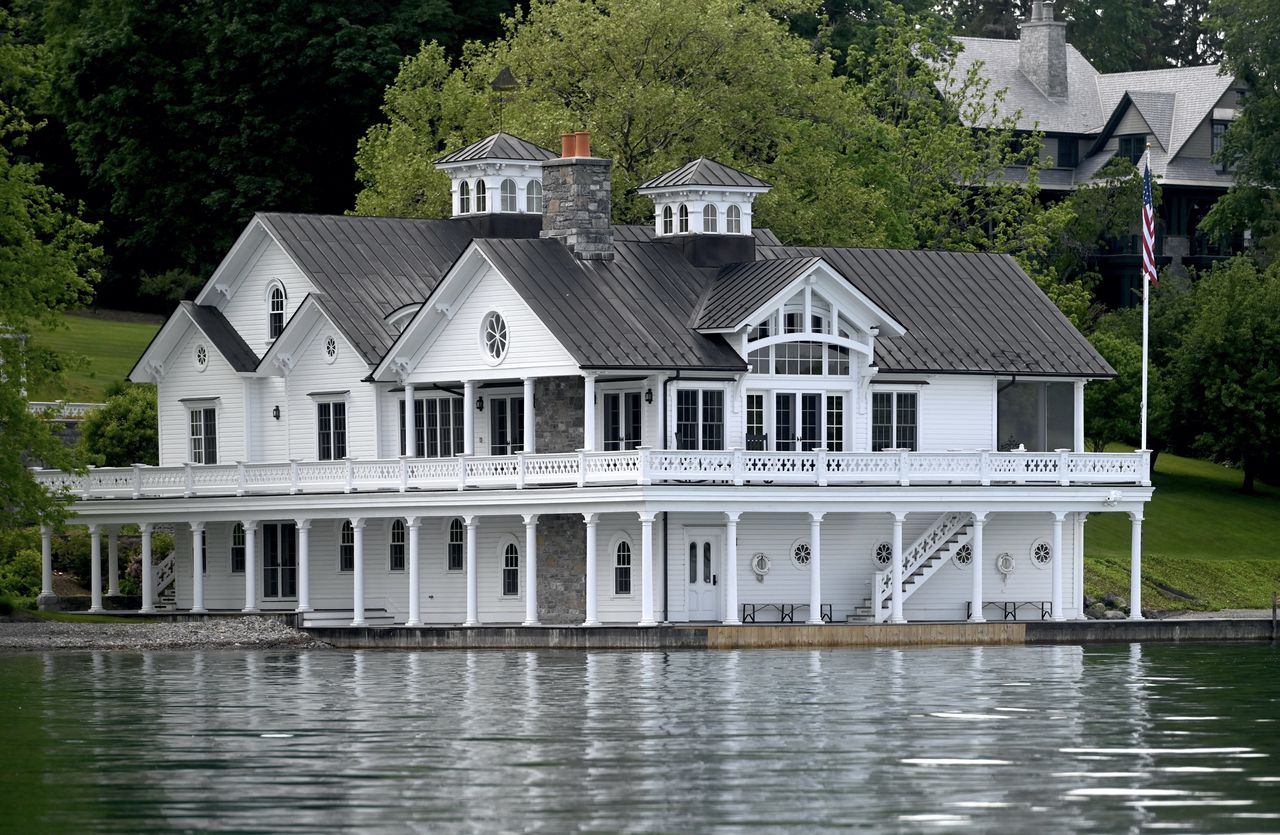