After spending a year looking for a home with a realtor, Malory Lea knew she would need a creative approach.

“There was barely anything available. The supply was very, very low,” said Lea, who was looking for a home in the under $1 million price range in Pleasantville, New York. “Anything she (the agent) did show us was either terribly overpriced and a dump, or it was nice but overpriced, and then also went for a hundred grand more than the already overpriced amount.”

So Lea started tracking down leads on social media in search of homeowners looking to bypass realtors. She left notes on doors in her preferred neighborhood. She also employed old-fashioned tactics, such as leaning into the local grapevine, to search for potential sellers.

And, within months, her efforts worked and her family closed on a home without the help of a realtor. She’s among would-be homeowners working without realtors in an uber-competitive market where homes often sell in days. One only needs to look at the almost daily posts on social media to see buyers asking if they know of anyone looking to sell their home.

Call it the whisper campaign. This is not to be confused with the controversial “whisper listing” or “pocket listing,” where agents show “off-market” homes not listed on the Multiple Listing Service to potential buyers. Whisper campaigns solely rest on the resourcefulness of the buyer and seller and their ability to tap into the word-of-mouth, no-agent possibility.

STARTER HOME: How this millennial couple fixed their credit and bought their first home

RENTALS: Apartment hunting? Here are the 10 cheapest cities for renters

A whisper listing? No, a whisper campaign

To be sure, hunting down a potential lead without a real estate agent takes a lot of leg work.

But Lea was facing steep competition, willing to pay a premium and growing weary of what was to be a temporary living situation. She, along with her husband, Dustin, and their two girls moved into her parent’s home in Pleasantville in February 2021.

Lea, 35, a lawyer, worked from her home in South Burlington, Vermont, with two toddlers in tow. But after a break in her childcare arrangement during the pandemic, the situation became untenable. The move allowed Lea’s mother to help with the children until she found childcare in Pleasantville.

Her sister also lives in Pleasantville and during a walk on her street, Lea got an idea.

“I left little notes in people’s mailboxes saying, ‘I really wanna live here. Let me know if you are interested in selling your house’,” she says.

That didn’t work. But her sister ended up speaking to people in town (some of whom had received the notes) and found out that their neighbor had tried to sell their house a few years ago and then decided to take it off the market.

The house was located in the heart of Pleasantville on Romer Avenue, two houses from the high school, and a short walk from the middle and elementary schools. The village library was located at the end of the street.

“It was the perfect location for us,” says Lea, whose daughters are 4 and 2.

In early February, Lea’s brother-in-law found the name and phone number of the owner online.

“I just gave her a call and left her a voicemail. And then she called me back,” Lea says. “She was very nice and she said, ‘Okay, why don’t you come see the house?’”

Susan Rana had lived in the Cape Cod-style three-bedroom, two-bath 2,200 square-foot house with her husband and son for more than 25 years. Now retired, and with their grown son settled elsewhere, the couple had considered selling it in 2019.

After listing it with an agent for five months, the couple abandoned the idea due to a lack of activity.

Before Lea went to see the house, she wanted to know what Rana’s price expectations were, she says.

“I didn’t want to waste her time,” she says.

Rana said they were thinking of getting it appraised but mentioned she was thinking around $750,000.

The number made sense to Lea as one website had estimated it as slightly higher and another slightly lower.

While it was an unexpected call, Rana says she was happy to talk to Lea.

Rana says her decision to consider skipping an agent came down to saving money, which could amount to 5% to 6% in agent fee, and the effort required to show the house.

“My perceived advantage was that it would be simpler and we would save money,” she says. “I felt confident that we could manage through the process with a good local real estate lawyer.”

Given the red-hot pandemic market, did she think she would leave money on the table by not listing with an agent?

“Actually, no.  I did not. I thought about that briefly and then realized that working with an agent, you run into the amount of work you have to do to get the house prepped,” she says. “We’d probably have to host open houses and always be ready to, vacate the house so people can come and look at it and that can be a little stressful.”

With a motivated buyer like Lea, it seemed to be a much easier road for them to take.

To Rana’s relief, everything worked like clockwork, and the Lea family moved into the house last weekend.

What does a successful transaction boil down to?

“When you have someone that is educated about the market, it makes it a lot easier to make fast decisions,” says Rana. “They were nice, professional, and very open to questions and ideas. So establishing that kind of rapport is extremely important.”

Lea, who is an attorney, represented herself, making sure all the contingencies such as the inspection and financing were part of the agreement. She advises getting a competent attorney for a title search and to ensure all the paperwork is in order.

Knowing how competitive the market is, she kept her asks to a minimum.

“There was a screened-in porch and one of the beams was rusting and so they fixed that. But that was the only thing we fixed them to ask,” she says.

The big advantage for Lea as a buyer and finding her own lead was not having to worry about bidding wars and not having to compete with anyone.

“Don’t be afraid to start talking. A lot can happen by word of mouth. I think a lot of people forget how helpful it can be.”

Swapna Venugopal Ramaswamy is a housing and economy correspondent for USA TODAY.  You can follow her on Twitter @SwapnaVenugopal and sign up for our Daily Money newsletter here

Thu Apr 21 , 2022
The influential garden designer’s creations depend on a deep understanding of seasonality, climate and time. Interview by Elizabeth Tyler April 21, 2022, 5:00 a.m. ET All my designs start with the plants. Whichever site I’m working on — here it’s Hauser & Wirth’s new gallery in Minorca, Spain — I […] 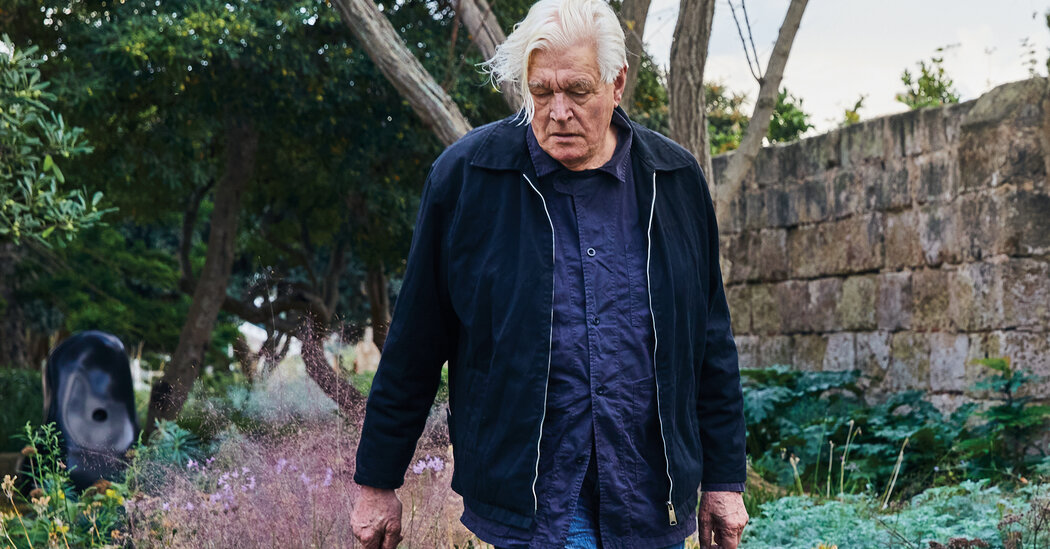