This year has been a record-breaking, historic, and occasionally quite worrying year for Seattle real estate. But what were the most striking trends of 2021, and what do they help us predict about 2022?

As the year wraps up just as strangely as the one before it, real estate has again broken records all over the nation. The pandemic rages on, and in America, the concept of work from home has changed from a temporary measure to a permanent situation for many workers. This trend has changed where, how — and perhaps above all, why — people buy homes in this country.

The combination of virus-related home buying habits, a volatile stock market, low interest rates, a shortage of (and inflated prices on) building materials, rising home prices, general inflation, and a growing disparity in the distribution of wealth has added up to a crazy, unprecedented year for real estate — and that very much includes the Seattle market.

This may not seem like a lot, but remember that 2020 was the first year of the pandemic, and that real estate market behavior changed drastically then. To see the effect of the pandemic, which is obviously still affecting the market, comparisons to Seattle’s markets in 2019 and earlier are more illuminating — such as this one posted in the Seattle Times, based off the Case-Shiller Index.

The increase in prices since 2019 is quite dramatic.

Incidentally, this year did bring double-digit increases to some Seattle areas: Norada Real Estate Investment’s year end blog tells us that in “the Eastside and Southeast King County map areas, prices jumped more than 26% from a year ago.”

What’s driving prices up? And will they come down in 2022? To answer that, we must consider other market indicators.

Redfin reported that nationally, “home supply dropped to its lowest level in history — there were just 1.38 million homes for sale in June, down 23% year over year.” All over the nation, supply outstrips demand.

Consider that since, 2010, Seattle’s population growth has increased by nearly 19%, which according to the U.S. Census, makes it the fastest growing city among the 50 largest cities in the country.

Add to this influx the factors of a tech market paying the 2nd highest salaries in the country. Market performance in Seattle has kept pace with its increasing connection to big tech:

“Over the past 10 years, Amazon has grown more than tenfold in the city of Seattle, from about 4,000 employees in its hometown to over 45,000,” wrote Norada Real Estate Investments. “During the same time, the median home price in the city has shot up from $420,000 to $720,000, according to the Northwest MLS.”

Days on the market

Redfin reported that the typical home in the U.S. sold in just 15 days, “the lowest median days on market in history and down from 39 days in June of 2020.” Over 60% of American homes went off the market in two weeks.  In Seattle, that number was cut in half: the typical Seattle home sold in just seven days.

The low number of days on the market correlates with a record number of over-bid offers this year. Why let a house linger on the MLS when someone offers you 20%, 30% or 50% over asking the first day your home lists for sale? Indeed, Redfin data shows that nationally, more than half of homes sold above list price: “56.5% of homes went for above list price” in 2021, up 29.6% from 2020.

But what about Seattle? After the initial freeze the virus put on real estate in 2020, bidding wars picked up and by that year’s end, over-bids were common features of home sales. This year, the bidding wars intensified. In Seattle, 55.7% of homes sold above listing price in 2021.

Luxury homes obviously command a premium price, but the pandemic put a premium on that existing premium. Because such homes include features like massive space, offices, gyms, compound/estate living, large lots with outdoor features like pools and sports courts, and are often located on or near the waterfront and/or open land, they can deliver a sanctuary. And lockdown can be quite pleasant in a sanctuary.

Redfin data shows that “the median sale price of U.S. luxury homes jumped 25.8% year over year to $1,025,000” nationally. In Seattle, the typical luxury home sold for 12.58% more than the year before, and in this market, the most premium price of all went to waterfront property. Luxury single family homes in King County have increased as much as 50% in selling price since 2019, and the most expensive condo sales of 2021 either had waterfront or water views.

We predict more of the same in 2022. Unless the Feds drastically raise mortgage rates, unless suddenly supply outpaces demand, and of course, barring (another) unforeseen catastrophe, the Seattle market is unlikely to cool off in the coming year.

Anna Marie Erwert writes from both the renter and new buyer perspective, having (finally) achieved both statuses. She focuses on national real estate trends, specializing in the San Francisco Bay Area and Pacific Northwest. Follow Anna on Twitter: @AnnaMarieErwert.

How to design a parterre garden: key points to consider

Sun Dec 26 , 2021
Parterre gardens can be designed into all sizes of backyards – from small courtyards to large country plots. While they have a history dating back hundreds of years, parterre gardens work well within a contemporary backyard, too. The pattern of a parterre garden is its most striking feature, and there […] 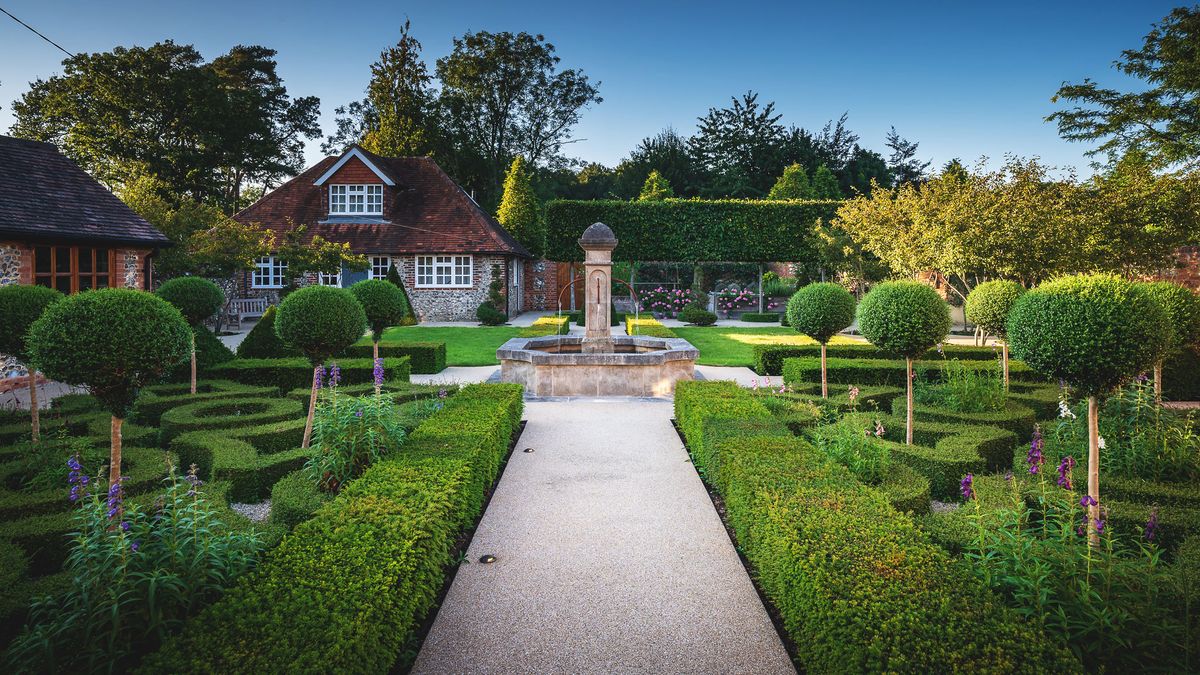