After a volatile year for many asset classes, real estate investment trusts — or REITs — are returning to the spotlight. REITs, which invest in income-producing real estate , such as shopping centers, housing developments and hospitals, had a broadly positive earnings season last quarter, and analysts say some will remain resilient, even in a recession. “We view REIT second-quarter earnings as attractive,” Wells Fargo Investment Institute said in a note last week. “Despite a relatively challenging quarter, real estate investment trusts (REITs) were able to generate attractive growth in funds from operations per share and same-property net operating income.” It noted that the REIT industry posted growth in funds from operations per share — a key earnings metric used by REITs — of 14.2% over the same period a year before. Tech REITs Looking ahead, Wolfe Research highlighted that tech REITs, focussed on data centers and cell towers, could be particularly resilient in a tough economic environment. “Tech REITs (to their advantage in an economic downturn) tend to have rent growth that does not coincide with broader economic growth,” Wolfe Research analysts wrote in a recent note. Citi in a Sept. 9 report indicated it was overweight on data center REITs. It highlighted Equinix Reit and Digital Realty Trust as trusts to watch, saying that increasing interest in a “hybrid cloud” infrastructure — a combination of both public and private clouds — should support continued IT outsourcing. It was also bullish on cell tower REITs, highlighting American Tower REIT and SBA Communications REIT in particular. The bank said that the tower business model remains well positioned to grow from ongoing investments from mobile carriers. Health care REITs Meanwhile, Morgan Stanley noted in a recent report that health care REITs had outperformed the overall market this year, down 7% year-to-date as of the end of August. In comparison, the MSCI U.S. REIT index was down 18% in the same period, and the S & P 500 lost around 17%. “Given demographic tailwinds, significant room for occupancy recovery to pre-Covid levels, emerging pricing power, and limited new supply, we think outperformance can continue,” said the investment bank. It said it was most bullish on senior housing, given the estimated 70 million baby boomers aged 58 to 76 that made up 21% of the U.S. population last year. The bank cited projections by the OECD that the U.S. cohort aged 75 and above will grow to around 34 million by 2030, from 24 million in 2021. “As this population ages and sells homes to transition into senior housing facilities, the demand tailwind for senior housing during the rest of the decade may be the strongest we’ve ever seen,” Morgan Stanley analysts wrote. The bank picked Welltower , a senior housing pure-play REIT, giving it a price target of $90 — or potential upside of around 16%. “WELL has the highest senior housing exposure, the highest occupancy upside potential, and more execution certainty,” Morgan Stanley said. If a recession comes to fruition, the bank noted that around the time of the global financial crisis, Welltower’s occupancy “modestly declined” in 2009, and was flat in 2010.” — CNBC’s Jasmin Suknanan contributed to this report.

Tue Sep 13 , 2022
Columbia High School students recently designed and planted a wildflower garden, under the guidance of teacher and Horticulture Club advisor, Amy Biasucci, who writes that she got the inspiration for the garden during a summer trip to England and Scotland. Here are excerpts, edited for length, from Biasucci’s story of […] 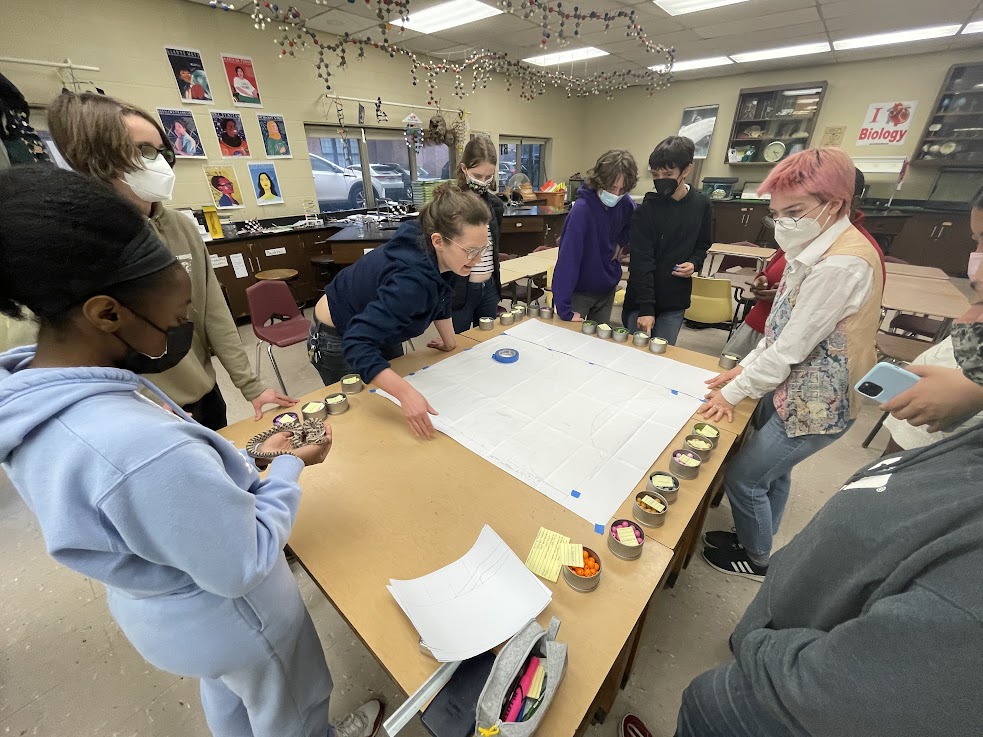