The City of Philadelphia has chosen a landscape architecture and urban planning firm to lead the redesign of the iconic Benjamin Franklin Parkway. The firm, Design Workshop, is expected to move forward with the long-awaited redesign in early 2022.

City officials said Wednesday as they announced the selection that their goal is to make the century-old parkway stretching from Logan Circle to the Philadelphia Museum of Art safer and more attractive to people on foot or bikes. Design Workshop rose to the top because of its emphasis on inclusivity and equity, its plan to create “meaningful connections” to help Philadelphians re-engage with the Parkway, and its framework for making iterative improvements to the Parkway over time, city officials said.

“They understood that there was a need for tangible engagement, not just with local stakeholders, but something that could be accomplished citywide,” said Deputy Managing Director for Transportation Mike Carroll. “Really bring in the voices of people who come to the Parkway from different parts of the City, recognizing that the Parkway is an asset for everybody.”

Design Workshop will run a process of public engagement, then produce a schematic design, a recommended project schedule, and cost estimates. The project will be the culmination of a planning process and incremental improvements to the Parkway, including pavement markings, traffic-calming tools, and pop-up attractions, stemming from a 2013 plan called “More Park, Less Way,” created by the Parks Department and PennPraxis researchers.

City officials chose Design Workshop out of 18 teams following a competitive bidding process. Philly-based firms Ground Reconsidered and CH Planning will help with the project. Carroll said the project’s complexity necessitated a team that would be able to adapt to changing demands.

“Design Workshop demonstrated a certain nimbleness in terms of the ability to adapt their own ideas to new information,” Carroll said. “What could come in from either the continual work on the transportation pieces or, frankly, what comes in from maybe left field as the community starts to express itself.”

The City’s request for proposals called for a total redo of Eakins Oval –– including the removal of a surface parking lot –– and better infrastructure for public gatherings.

The City held a workshop in July, where Design Workshop and two other firms presented ideas to the public. Recommendations from the competing teams, DLANDStudio+DIGSAU and MVRDV, included radical changes to the Parkway. One firm imagined closing both central lanes of the Parkway to traffic and reintroducing elements of the city’s street grid, while other proposals imagined a series of smaller roundabouts around the Art Museum and a new tunnel beneath 22nd Street.

Design Workshop, too, pitched a series of traffic changes to pedestrianize the road. The firm imagined disconnecting the scenic road from nearby interstates, capping I-676, removing nearby onramps and widening the existing tunnel under Eakins Oval. Design Workshop’s proposal also included converting Logan Circle from a roundabout back into a public square and building more connectivity with the nearby Schuylkill riverfront.

“We want to transform the Parkway from a major roadway back to Philadelphia’s garden,” Design Workshop CEO Kurt Culbertson said at the time.

More than 600 residents filled out a survey about what they want to see emphasized in the redesign, which will help guide Design Workshop’s work, according to a statement issued by the Parks Department. The ideas presented during the ideas workshop in July won’t necessarily be included in the final plan, Carroll said.

Inspired by the Champs-Élysées in Paris, the Parkway was conceived in the 1870s to improve connections between Center City and the growing expanse of Fairmount Park. The Fairmount Park Art Association commissioned a plan for the Parkway in 1907. The project broke ground that year with the demolition of upwards of 1,300 properties.

French landscape architect Jacques Gréber created the final design for the Parkway — similar to other green, urban pleasure drives at the time — in 1917.

Since then, the character of the Parkway has shifted.

The 2013 study prepared for the Parks Department by the University of Pennsylvania’s PennPraxis noted the Parkway became “less an elegant pleasure drive to the park and more an automotive conduit to the city.”

“The redesign in the 1960s of Eakins Oval as a traffic circle tipped the balance in favor of the car over the pedestrian experience,” the authors wrote.

Now the City wants to tip that balance back as residents and visitors increasingly take to the space as a site for events and large protests.

“We need to organize the space around the variety of possible programming that can take place there,” Carroll said. “That can be very small-scale stuff — pick-up baseball game or frisbee game. But it could also be some of the major stuff that’s the headlining events of every year.”

Carroll said he’s interested in ideas for how the Parkway can interact with the neighboring Schuylkill River. He said his primary goal is to reconnect the Art Museum and the Oval.

“Right now you’ve got several, five or six lanes of traffic that cross between the Oval and the Art Museum. So anybody who wants to enjoy the Oval, or just as a pedestrian trying to get to the steps of the Art Museum, either ends up taking a circuitous path or a potentially hazardous one,” he said. “That’s something we can fix.”

In a statement, Mayor Jim Kenney encouraged Philadelphians to help “reimagine what is possible on the Parkway.”

“The Benjamin Franklin Parkway is Philadelphia’s grand boulevard, a historic cultural epicenter that has the opportunity to become a vibrant, bustling public space for all Philadelphians,” he said. “The team selected to carry out this work is as bold, spectacular, and rooted in local pride as the Parkway itself.”

Check the Parks Department website or the Parkway redesign site for opportunities to give input.

This article first appeared on WHYY.org.

Thu Nov 11 , 2021
The Happy Home Paradise DLC finally puts home design front and center, giving players the chance to decorate numerous homes — their interiors and the yards around them — for villagers on vacation. And it absolutely delivers. It’s a joy to design with reckless abandon, finally getting more chances to […] 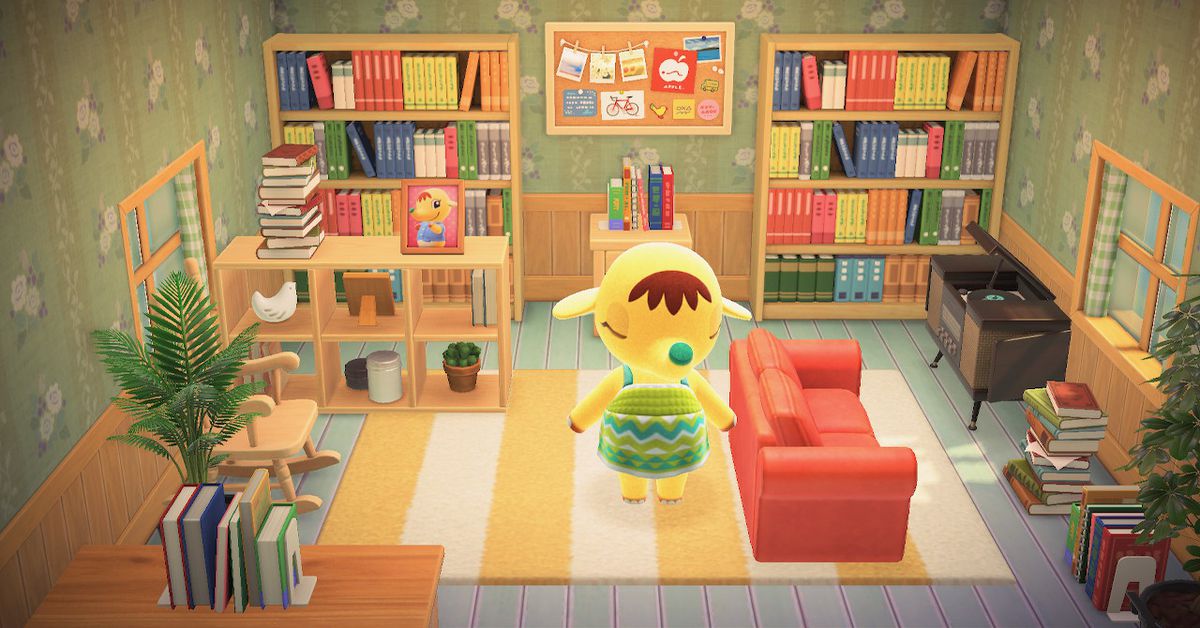