It would be safe to assume that a four-person home—complete with office, dining area, fully equipped kitchen, and eye-catching art collection—would occupy a considerable amount of space. But in the case of Katharina Holderegger and Jean-Cyril Rossier’s Parisian pied-à-terre, substantial square footage is not only nonexistent, it’s entirely nonessential. “The apartment is small and simple, but well thought out,” says Katharina, who enlisted the help of designer Marianne Evennou for the renovation of what was once her husband’s office (yes, it’s that small). Their goal: To craft a welcoming, family-friendly living space that could accommodate the couple, which is currently based in Switzerland, on their frequent visits to the City of Lights—both en amoureux and with their children, now 10 and 12.

While the apartment “had not been renovated for ages and was not particularly sexy,” as Marianne says, it did have merits that could serve as starting points for the redesign: A location in the city’s hip Marais district informed a diverse aesthetic befitting its globe-trotting inhabitants, while high ceilings allowed for the construction of a wooden staircase and space-saving lofted bedroom. (For now, the children sleep here while Holderegger and Rossier use the pullout sofa downstairs.) —Shoko Wanger

What do you get when you take inspiration from a cuckoo clock, Japanese architecture, and the charming qualities of historic Edwardian-era homes? The latest residential project from the geniuses at Rara Architecture. Nicknamed Cuckoo House after its clocklike form, this two-bedroom, two-bathroom home in Footscray, Australia, a neighborhood right outside of the Melbourne city center, is a prime example of taking a dated home and transforming it into something new and exciting, while still celebrating the fabric of the existing structure.

In order to keep the inside light and bright and give the homeowners the extra room they desired, architect Wesley Spencer decided to keep the general floor plan the same and add a lofted storage/office space. The new entryway is covered in a light blue paint and clad in timber, tying into the tranquil front bedroom, and then the home opens up to a beautiful, color-filled living space, including a bright orange back wall, a lofted mezzanine, and an open-concept kitchen. —Lauren Jones

Wed Jul 20 , 2022
When we need immediate design inspo and expertise, there’s one person we turn to every time: Emily Henderson. She has an unparalleled ability to create rooms with effortless flow, and her eye for modern, accessible pieces is enviable (and worthy of our Instagram fan-girling). And while we want to inhabit […] 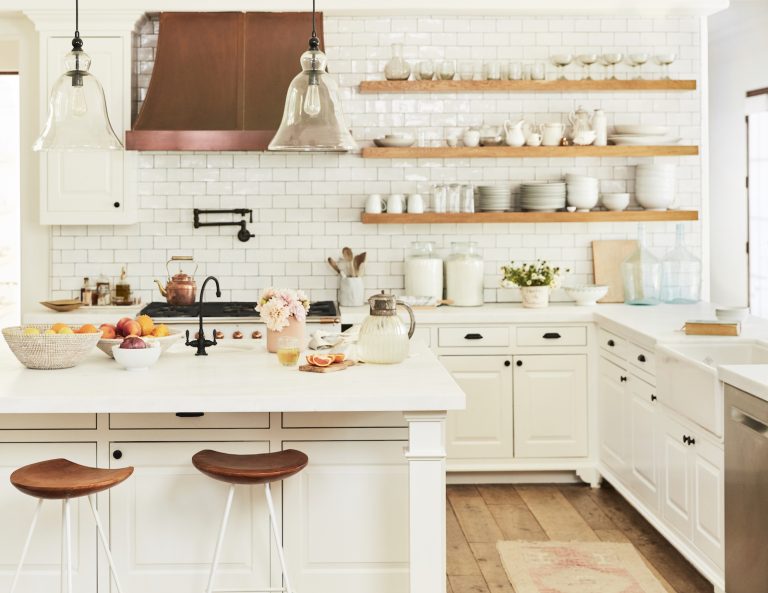