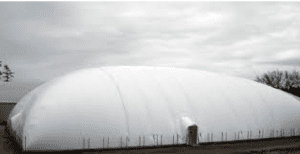 At Town Meeting on April 30th (tentative data), Hingham citizens will be asked to vote on a sizeable tax increase to borrow $8 million to develop a new town-run “bubble-able” pool complex at the South Shore Country Club (SSCC).  While Hinghamites have missed the country club pool since it closed in 2019, approval of this proposed project is likely to give tax payers a case of buyer’s remorse. The highlights are as follows, with further details below.

Still unsure if you want to dive into this pool? Keep reading….

What’s wrong with a bubble and why are we sinking so much cost into making it bubble “ready”?

The vote on the pool facility plan is unfortunately a “lose-lose” proposition for tax payers because the plan goes to great lengths (and at large costs) to accommodate a future “bubble” for year-round use.

A pool “bubble” is a large inflatable dome that would cover the pool and deck.  An example is pictured below.  They are supported entirely by fan generated air pressure with gas fired heat.  If SSCC were to put a bubble on the pool, it would require a continuous flow of gas for 9 months a year to heat it.  This would not be in line with Hingham’s pledge towards a net zero carbon footprint. In addition, indoor pool air quality is a known issue that can be addressed at solid structure facilities, but due to the positive pressure air flow required to support a bubbled pool, keeping good air quality for young children and seniors is challenging.

Indoor aquatics economics are challenging.  We couldn’t find a “bubbled” town pool in any nearby communities, which we think is indicative of the challenge.  However, the Percy Walker pool in Duxbury, which is indoor year-round, disclosed revenues and expenses from 2011-2017, and in 2017 operated at a $278,000 loss.  SSCC’s own work and presentation to the town in 2020 acknowledges this challenge, and the Hingham Advisory Committee drafted the 2020 warrant to fund the pool plans, stating that “there remains an open question as to a sustainable financial model for the pool outside of the summer outdoor use season.”  Seasonal summer pool economics, however, are more feasible.  The former seasonal pool at SSCC ran without generating a loss for the town, and even managed to generate a small profit.

It’s not clear that the town citizens would use a “bubbled” pool in the off-season.  There are several year-round pools nearby, including the Connell pool only a few miles down the road. Surveying done in 2017 asked citizens questions about interest in an indoor facility, which was viewed positively.  At that time, however, plans had been forming for a year-round indoor structure with a fitness center.  The current design does not include a fitness center. Rather, the indoor space outside of the locker rooms is planned to be conference rooms, which seem unlikely to benefit many people.  We think town citizens should be surveyed with questioning more specific to the presented pool facility design.  While some members of the community, such as our high school swim team families, would benefit from a year-round town pool, it’s not as clear that it would serve the population at large.  How often would you swim in a chilly pool with low air quality covered by a bubble in the winter?

To be clear, the current warrant does not ask to fund a bubble.  However, a “yay” vote would put significant town monies towards building a pool that could accommodate one, and it would also put the SSCC in a position to put a bubble on the pool complex with independent fundraising or with another town ask.

Will the cost of the pool facility construction continue to rise, as it has for other recent SSCC projects?

In October of 2021, SSCC presented a $7.3 million estimate (inclusive of a 10% contingency) to the Hingham CPC for $1M of funding.  In January of 2021, the SSCC presented a revised estimate of $8.0 million (inclusive of only 4% contingency, “to keep the costs down”).  With this low of a contingency, and the current cost environment for construction and materials, we wonder if this is going to be a much more expensive endeavor.  We note that all of these presentations are available to view on the Town of Hingham website.

If the project follows the path of the new maintenance facility to house golf maintenance equipment, we are signing up for a much bigger bill.  The maintenance facility (a garage) was initially estimated to cost $2.2 million; however, SSCC is also coming to the April Town Meeting to ask for another $800,000 to finish the project (~36% over budget).  If we miss by 36% on the pool facility, it would be another approximately $2.9 million cost to the town next year.

One additional cost we know for certain is coming is for demolishing the existing pool and any repurposing of that area, which will undoubtably be a large ask to the town in the future.  The new pool complex will be in the location of tennis courts, which will be removed.

Why not take the time to consider a more modest seasonable pool and bathhouse?

A well-done seasonal pool is undoubtedly a worthy investment for the town. But given the current design which goes to great lengths to accommodate a potential bubble in the future, we question if this is the right design to fund.  In recent presentations of the plans, we’ve learned that nearly every detail of the current design has been made with the bubble in mind, from “the size of the pool deck to the length of the bathhouse.”  There is also not enough parking to accommodate the increased swimming capacity of the new pool along with golf, restaurant and events.  SSCC has proposed that on busy days it would figure out how to shuttle people to the pool from distal parking lots.  This seems out of touch with the concept of a seasonal community pool and likely disturbing to the neighbors of the country club.

If we never put a bubble on the pool, we wasted a lot of money and don’t need a $2.7M bathhouse with conference rooms.  It will largely go unused in the summer. Nor do we need things like gas lines and a fan platform to be installed to make the pool bubble ready. If the bubble does come to be, we will spend a significant amount of money keeping it going without knowing the environmental impact and whether it will be an asset to the community.

A particularly frustrating aspect of the project is that the town will not be presented with an alternative seasonal-only design to consider.  Therefore, it’s hard to understand the cost involved in preparing the pool area for the bubble and what compromises we might be making on the design relative to a pure seasonal-only design.

$8 million (plus potential overruns) is a large outlay for the town with likely large budgetary and environmental impacts in the future if a bubble were to be put on the pool.  We question the plan’s readiness and timing, especially as the town will soon be asked to commit to several more significant tax increases – $100 million-plus Foster School rebuild proposal coming this fall, and the development of the land acquired to build new police and fire facilities.  Let’s get the pool right and be good stewards of town capital across all of these projects.

Join us in pausing this plan and voting “No” on this warrant at town meeting, and in doing so, asking the country club to design their best seasonal-only pool facility with more transparency and lower costs.

Check out these modern trends in bathroom design and fittings

Thu Mar 31 , 2022
More than a clean and comfortable private area, bathrooms/toilets have now become one of the most stylish areas in the house that boast of designer bathroom fittings. Massive changes have happened even in the structure and designing of the bathroom which is now seen as a relaxing place where people […] 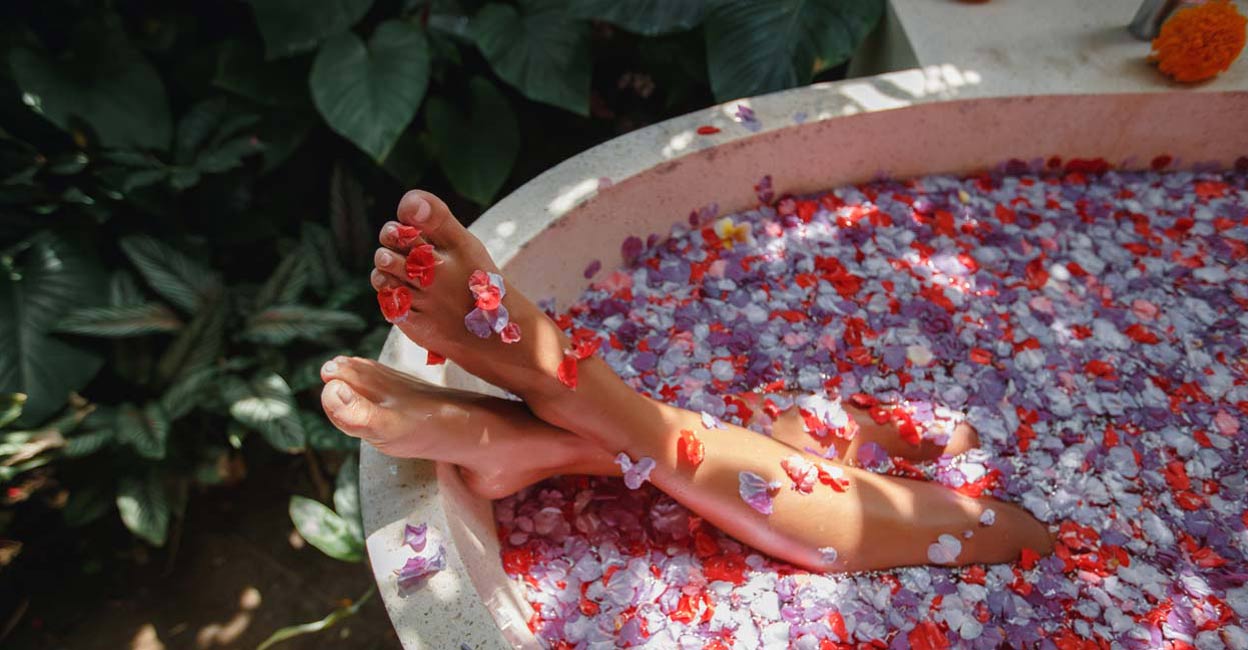