Positioned at the apex of the Platinum Triangle, Bel-Air is among one of the coveted residential communities in the city of Los Angeles, with luxury home prices often setting the bar for not only California but the entire United States.

Projects tied to some of the biggest names in development and design now start in the nine-figure range, while the going rate for a generational estate is $200-300 million. One project gaining is an ultra-exclusive new enclave of three compound-sized home sites across the Hotel Bel-Air.

To sweeten the deal, all three parcels, located on a stretch of Tortuoso Way in the hills of Old Bel-Air, will include concept designs by one of the west coast’s most renowned architectural firms, Studio William Hefner, in collaboration with residential developer Domvs London and Junius Real Estate Partners. Beverly Hills-based luxury brokerage Hilton & Hyland holds the exclusive listing.

Founded in 1989 by holistic design guru William Hefner, Studio William Hefner has for decades been at the forefront of modern architecture in Southern California, exploring a wide range of styles from French Baroque to minimalism. Each of the new mogul-sized developments was designed with a distinct style, blending with the natural Bel-Air landscape around it. Here’s a closer look:

The estate is set back from the road, with a long forked driveway protected by a guardhouse that leads to the round porte-cochére or an underground garage.

In addition to the main house, multiple guest homes with similarly elegant designs will be located on the property.

Plans for the grounds include curated landscaping, with large expanses of green grass shaped by groomed hedges and greenery, evoking images of royal estates.

Also located in the back of the compound are plans for a swimming pool and tennis court.

Just down the road is the gated entrance to 788 Tortuoso Way.

Working in harmony with the hillside of a three-acre site, the plans for this estate emerge from the sloped plot as if part of the landscape itself.

With 6,000 square feet of underground area, much of this modern concept compound would be carved out of the terrain, making for a unique, sophisticated home.

Plans for a winding, private road leading to the various landmarks of the estate, including a guest house, a tennis court and a gymnasium, before ending at the 13,495 square foot main house.

A perched, elevated location means sprawling sights of the city and views of the ocean.

Also included on the estate plans are an infinity swimming pool and spacious pool house.

The last of the three properties and the highest on the hill is 800 Tortuoso Way.

Tucked away behind a quarter-mile private driveway through the thicket of trees of Old Bel-Air, this parcel boasts uninterrupted views of Stone Canyon and the estates below and the Pacific Ocean.

The compound’s singular layout follows the arched curve of the landscape, covering three acres of wooded hillside for a secluded, private estate.

Approved plans for the grounds also include multiple guest homes, terraces with outdoor fireplaces and a stunning, rounded-edge infinity pool.

Hilton & Hyland is an exclusive member of Forbes Global Properties, a consumer marketplace and membership network of elite brokerages selling the world’s most luxurious homes.

Wed Feb 23 , 2022
We often have to compromise when it comes to the size of our bathrooms, which means making the most of the space we do have and working out how to enhance it.  If you’ve got a tiny bathroom, it’s unlikely that you have a tub, so one of your focus […] 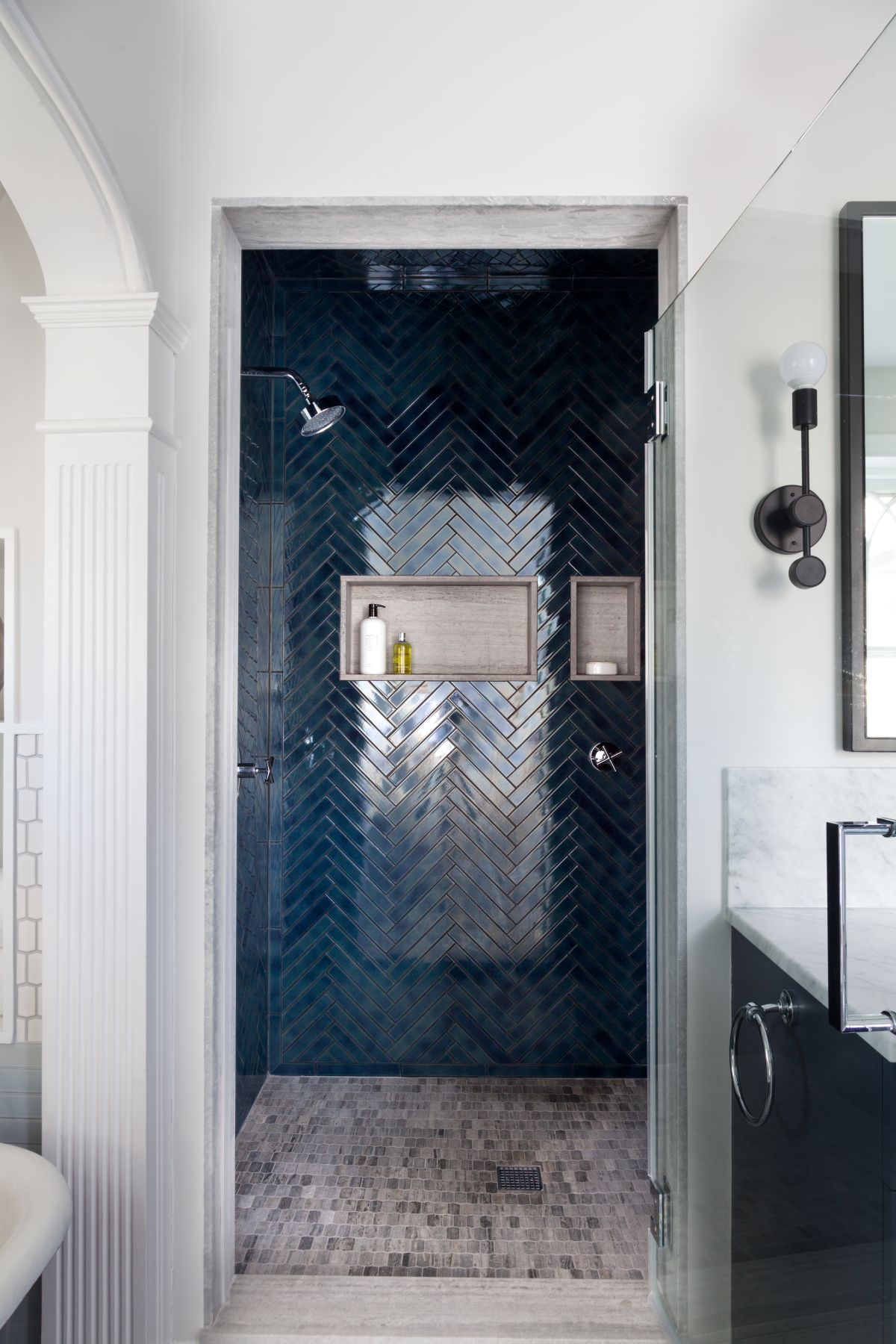