Preston Konrad is a lifestyle expert and former director of styling at luxury retailer Ralph Lauren. He took to TikTok to share his five top interior design tips for making a home feel more expensive on a budget.

“Here are five things you can do right now to make your house look more expensive.”

Preston’s first tip was to layer your rugs.

“When I worked for Ralph Lauren that was kind of a prerequisite, we had to do this in all the stores that we designed.”

But why is it such a crucial interior design move?

But he added a caveat: “I don’t like it when they’re super symmetrical.”

He prefers them a little uneven or at an angle.

Preston’s next tip was to get rid of ‘boob lights’ – flush mount dome light fixtures.

He recommended the interior design blog Nadine Stay, which gives recommendations of what homeowners can replace their lights with.

But renters, do not despair, as Konrad believes that you shouldn’t have to put up with these particular shaped lights either.

“If you’re a renter, take down the boob, put up your light and replace it before you leave.”

Tip number three for making a home look more expensive was to invest in some roman shades, which the expert said can be very “affordable”.

He explained: “It’s perfect for a room with a shorter ceiling or a window that isn’t super dramatic.”

Preston’s fourth tip was to experiment with texture and don’t be afraid to mix it up.

“Last but not least, mix up your frames.

“These certainly should not match if you want that curated designer look.”

Going back to his point about textures and materials, Preston advised playing with both wooden and black gallery frames.

“And I even like throwing an object into the mix to make it feel really special.”

Interior design enthusiasts flocked to the comments to praise Preston’s video, with @kate_I_harris stating: “This was actually soo helpful without shaming any style. Loved this!”

Interior designer @holaa.sarah said: “As a designer I approve this message.”

People were impressed with the affordable, accessible advice.

@kikihanphotography responded to the video: “Finally a designer that isn’t telling us to throw our house away.”

Tue May 24 , 2022
As French chef and restaurateur Daniel Boulud puts it, “Kitchens should be designed around what’s truly important — fun, food, and life.” Kitchens now might not play the center-of-everything roles that they did during the early days of the pandemic. But even if you’re spending more time away, you’ll likely […] 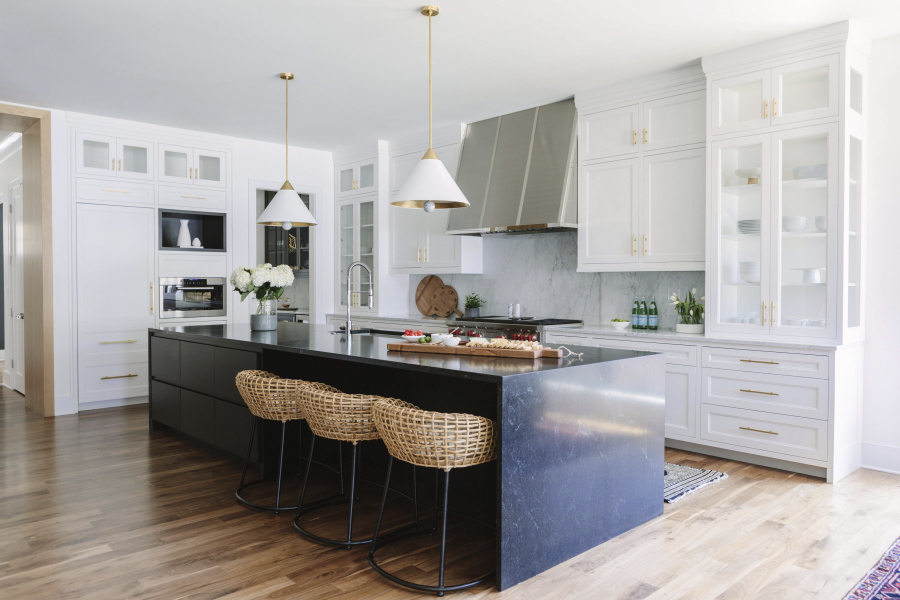