Many have described my garden as looking and feeling natural and this has made me ponder exactly what “natural” means.

For me, it’s allowing my perennials to run their course – from new growth in spring to enjoying seedheads and foliage that is dying back in the winter.

Piet Oudolf, who is world famous for his gardens, takes the natural garden to another level, incorporating swathes of perennials and grasses that move with the wind – a tapestry of colour, texture and form throughout the seasons. The Dutch garden designer, nurseryman and author is an inspiration.

Oudolf’s designs tend to be on a somewhat grand scale but it is entirely possible to achieve something similar in a much smaller space. This doesn’t necessarily mean pulling everything out of your garden and starting from scratch – you can incorporate some of his ideas within existing plantings.

READ MORE:
* Tall upright perennials for garden drama
* A garden in the desert
* Q & A: Can we grow ornamental grasses in New Zealand?

The first step is to notice how the sun moves across your garden during the day, taking note of any partial or full shade areas as this will dictate what you plant where.

Note the soil differences too as some grasses and perennials love dry sites, and others tolerate quite damp soil.

Drawing a rough sketch will help you work out your design.

It’s a great idea to take a moment to notice the backdrop in your garden – it may be paddocks, mountains or your neighbours’ hedge, fence or trees – using them as a foil for your plantings.

Choosing the plants for this style of garden can be fun. Let your imagination run wild and don’t be afraid to try something different. Visit a botanical garden to get inspiration. One of the secrets to success is to group plants together that love the same growing conditions.

Select grasses that catch your eye with the form and colour that you love. Some of my favourites are Anemanthele lessoniana ‘Gossamer Grass’; Calamagrostis x acutiflora which grows to about 1.5m giving height and movement; Carex ‘Frosted Curls’ and Uncinia rubra. Dierama pulcherrimum ‘Angel’s Fishing Rod’ has a stiff, grass-like appearance and arching wands of pretty tubular flowers in summer, followed by graceful seedheads.

When it comes to perennials there are no hard and fast rules other than choosing species that won’t be swamped by grasses and that don’t turn to mush after they’ve finished flowering. Interesting seedheads are also an important part of the total effect.

Combining hardy groundcovers such as ajuga, Campanula ‘E.K. Toogood’ or ‘Resholdt’s Variety’, pulmonarias, Veronica ‘Oxford Blue’ and our lovely native Pratia angulata with Uncinia rubra and the slower-growing mondo grasses Ophiopogon japonicus and ‘Black Dragon’ will add interest to the front of a border.

Is it too windy in your garden? Grow these flowers and plants.

In your established garden

If you find it hard to make room in a more mature garden, try planting some taller grasses in containers, and placing them where they will have the most effect.

You could also plant perennials at the base of the containers to help disguise them.

This planting style does require a more relaxed approach, resisting the urge to immediately cut back something that has finished flowering and allowing it to remain as a stem or seedhead – a skeleton that can be touched by frost or snow in the winter. Plantings also tend to be close together with very little soil showing, if any.

Some maintenance will still be necessary. Weeds will appear and enjoying the seedheads also means seedlings will pop up and these will need to be transplanted or thinned to other areas.

Cutting back perennials in mid- to late winter will allow light to reach their crowns and they’ll benefit from a side dressing of compost and sheep manure pellets.

This is my favourite thing about my natural garden: climbing in amongst my plants and really noticing the tiny things that I love about them, whilst making sure they are happy and not becoming too overcrowded.

Wildlife benefits greatly too. You will find that bees and butterflies will abound. Birds such as goldfinches will plunder a lot of the seed in autumn, but it is so delightful watching the grass seedheads bending and bouncing as my feathered friends feast.

Philippa Foes-Lamb has been growing and sending perennials around the country from her Heirloom Perennial Nursery since 2006. She lives on two hectares in Tasman District surrounded by plants, ducks, rabbits and a turkey.

Was there a distinctive Dallas home design in the 1970s? This 3-bedroom house gives that impression

Mon Nov 8 , 2021
Dallas is known for plenty of things: the Cowboys, for instance, our award-winning skyline and that television show bearing the city’s name, to name a few. The city is also home to plenty of iconic home designs and its own recognizable design style. Well, this 1972 home is a quintessential […] 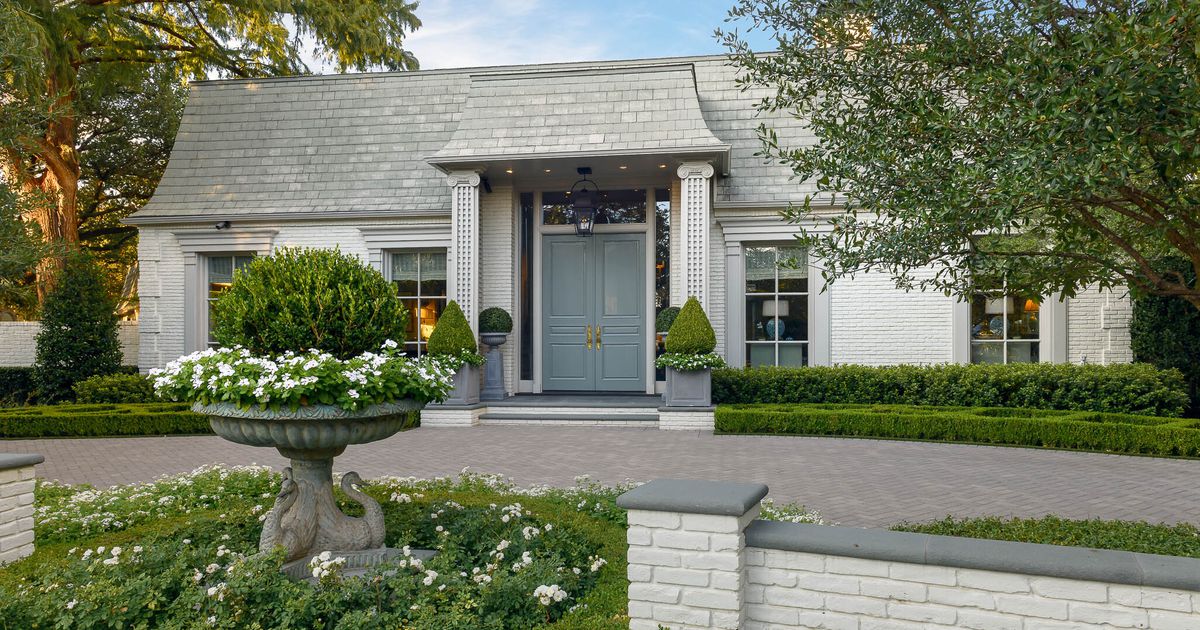