I often dream about sugar cane. Our family home in Okinawa was built next to acres and acres of sugar cane, and back in the late 1960s, the towering fields were a vast playground for me and my big sister, Janet.

I dream about machetes too. Sweaty, tanned men would chase us with sharp blades after we’d stolen a few sugary stalks for treats. Each time, Janet and I had to clamber over a wall, into our yard, for safety.

Precocious little girls, we would scream and laugh as we’d run to our dad for protection. He’d be out back, usually grilling up burgers or steaks. At 6 foot 4, our American father was a giant on the island. The locals never messed with Glenn Barnes.

When we presented him with our ill-gotten gains, he’d cut off the outer layer of the sugar cane, and the three of us would stand there, bent over, next to the hot grill, sucking out the sweet juices. Then we’d spit the fibrous bits on the ground and, being the little brat that I was — I’d wave at the angry men in the fields.

My father, who mostly worked as a musician, was the cook at home. Our mother was busy running a successful nightclub, which meant she slept all day. It was during the Vietnam War, and the U.S. had a huge military presence on the island. Each night, her club was filled with young men either on their way to or returning from battle. I don’t think she ever made us a meal or even tucked us into bed.

My father was king of the household and the kitchen. Besides his backyard burgers, his favorites included omurice (rice topped with an omelet), fried chicken, Okinawan pork belly and classic tuna sandwiches. He used to wake us before sunrise and take us fishing nearby. I hated fishing but I loved those sandwiches — often soggy — made with tuna, mayonnaise and celery on squishy white bread and wrapped in crinkly wax paper.

Our dad’s 1969 “chicken pot pie Christmas tree” is family legend. We had to eat chicken pot pie for months, just so he could make a tree-shaped decoration for the front of the house. He punched holes in the center of the small, shiny pie tins, and then threaded twinkling lights through them. The decoration was the hit of our neighborhood — Takahara Heights — that year.

Divorce is hard. International divorce is brutal.Our father got custody and sent his half-Okinawan daughters to Los Angeles to live with his parents in wealthy San Marino. But we were mixed-race island girls and were simply too much for our aging grandparents to handle. New arrangements would have to be made.

Then, to our surprise, our father took a job in Scotland (his mother hailed from Clan Maxwell), where he met and married his second wife, Mandy. So Janet and I were placed in the Masonic Home for Children in Covina, Calif. My sister lived there for seven years and I “served 10,” as I liked to say. The sprawling compound, 20 miles east of Los Angeles, is still there today (and serving retirees).

Not a moment passed that I didn’t pine for my father — I was only 7 when we separated. I called him Daddy and continued to do so as an adult. Over the years, we’d write letters to each other, and he’d send care packages of Scottish goods (usually shortbread), but what I wanted most was him.

Our grandparents, our legal guardians, did their best. During our time at the Masonic Home, we spent holidays with them in San Marino. Daddy and Mandy visited a few times, and my sister and I took a trip to Scotland when our brother, Greg, was born in 1980. But the truth is, my relationship with my father was fractured for decades. As a young girl (and young adult), I couldn’t understand how he could leave me and my sister and start a new life in Scotland.

In 2002, I did the hard thing. I took a trip to Scotland to confront my father and ask him to apologize. It was one of the most difficult moments in my life and I delayed it until the day I was to fly back to California. We sat down together, and I said: “You need to apologize for leaving me in the home, Daddy. You just need to.”

He did. We cried. We started over.

From then on, I visited him often, sometimes two or three times a year when I’d find a cheap flight. Scotland was in my blood and, more important, my father was in Scotland.

I look back at our emails since that 2002 visit and every single one involved food, with “must-try” recipes and links to cooking videos. When the Lee brothers released their “Southern Cookbook,” my dad became obsessed. He sent me a copy and, 5,000 miles apart, we cooked through it together. On April 22, 2008, he emailed me and said: “Run — Don’t Walk — to Page 498 of the cookbook and try the cornbread! Have made it twice and we just cannot stop eating it!!”

We spent Christmas 2016 together at his home in Scotland and had the best time re-creating his infamous 1969 chicken pot pie Christmas tree. This time around, I found the used pie tins on eBay.

My father was diagnosed with incurable lung cancer the next year. In early June, I flew to Scotland to be with him and help Mandy. She had just brought him home from the hospital, and he was weak and confused. I gave him a hug and he smiled when I told him I’d be cooking for him. He said a faint “I love you” and squeezed my hand tightly.

After weeks of prescribed, tasteless mush in the hospital, I knew my dad was ready for some real food.

My stepmom was so busy caring for my father, I wanted to cook meals for her too. Mandy was the love of his life (they were together 45 years), and cooking was something I could do while she managed the many pills, medical equipment, forms, phone calls, caregivers, nurses and doctors. Caring for my dad was a stressful, full-time job.

When Greg and Janet arrived, our family was under the same roof for the first time in years. Daddy was confined to a hospital bed in a nearby room, but we were together. We missed him around the dinner table each night, but we missed him more in the kitchen.

He didn’t eat much during the last weeks of his life — usually just a few spoonfuls at each meal — but I spent each day cooking, hoping to fill his kitchen with love.

I would bring a pan close to his room and gently blow on the steam to diffuse the aroma, hoping to get a reaction. Nothing made me happier than when he quietly asked for something to eat.

The first night I made pork carnitas. Daddy grew up in Los Angeles and loved the Mexican food stalls on Olvera Street. I also made rafute, the Okinawan pork belly we used to eat when I was a child. The meat is simmered in sake, soy sauce and broth, and I could tell he enjoyed the food memory.

Chicken-fried steak with gravy was always a favorite of ours. But Mandy and I worried that the crispy breading would be hard for him to swallow, so I came up with a creamy “country chicken” that I made in his pressure cooker. The result was chicken that was so tender, it didn’t really need to be chewed, and I served it with a classic Southern gravy.

The night before he died, my father was so weak he could barely speak. After a few bites he asked, “The chicken … how did you cook the chicken?” It was almost a whisper, and I was taken aback, briefly, before I explained:

“I used chicken thighs, Daddy. You taught me they have the most flavor, and I let each piece of chicken brown before turning. You taught me to step back and be a patient cook,” I reminded him, adding:

It was our final conversation and his final meal.

Here in L.A., I still cook with my father every day. There’s a small photo framed in my kitchen — a picture of his village kitchen in Bridge of Weir, Scotland. It’s up on the wall next to ladles, spatulas and myriad small mixing bowls — right where it belongs. 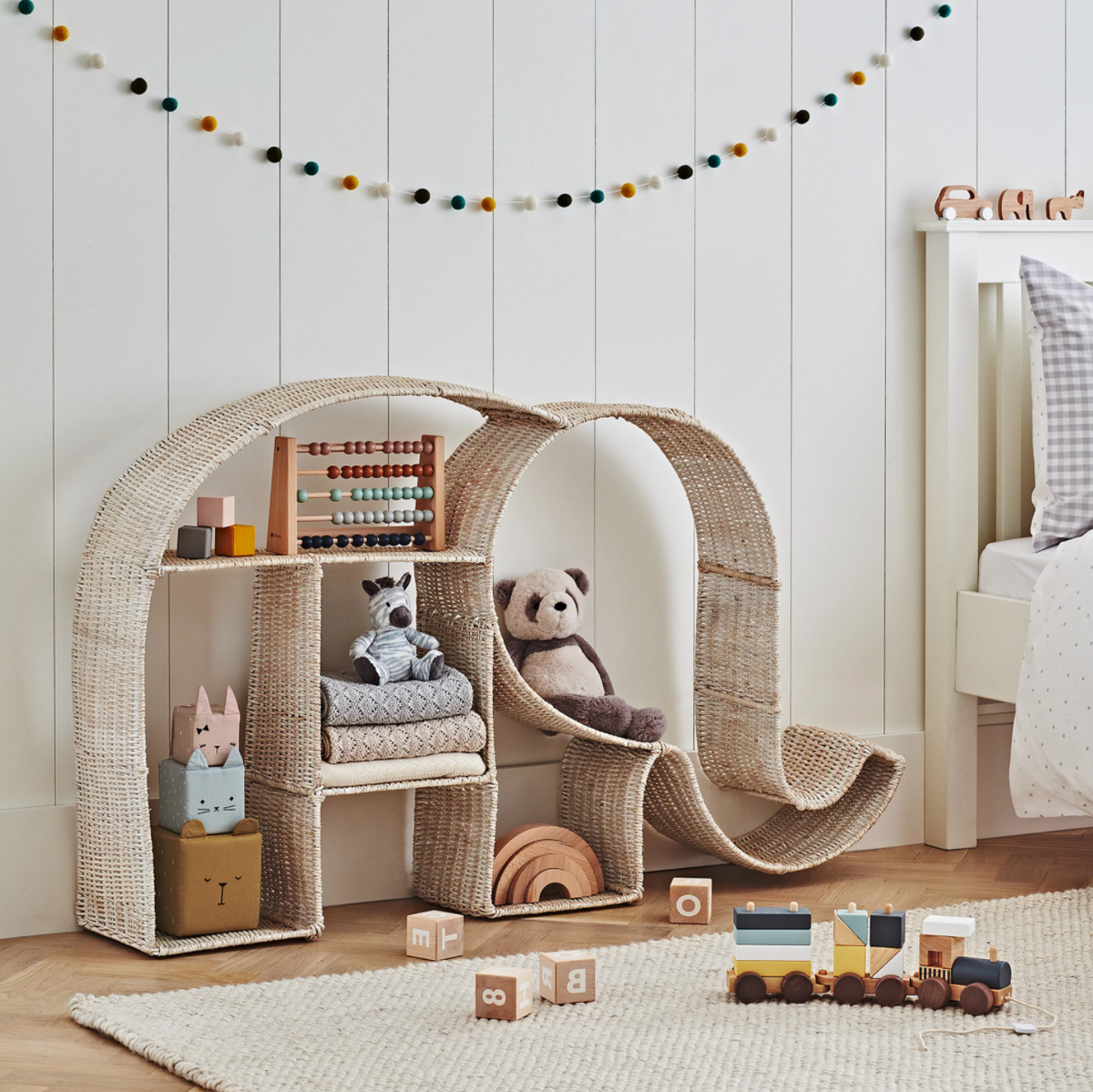