Sally Staub and Hannah Ray have worked with the owner of this historical Northampton home a few times over the years. Most recently, the founders of Workroom Design Studio, based in Florence, remade the kitchen to match the owner’s vivacious personality. In addition to a spunky color scheme, the client asked for both an island and an eating nook so that her 9-year-old daughter would have a place to hang out, even if guests were present during meal prep. “The two areas are connected but they also stand alone,” Staub says.

1 The base of the island, painted Benjamin Moore French Beret, riffs off the background color of the wallpaper, while the walnut top adds warmth and ties to darker wood tones in other rooms.

2 The orange Fireclay Tile backsplash bridges the cooking side of the kitchen to the eating nook. The owner “got nervous when it went in,” Ray says. “We reminded her that she didn’t want boring.”

3 The capiz shell pendant, the project’s splurge, is one of the designers’ favorite elements. “We love how the grid and overall shape echo that of the fruits” on the citrus-themed wallpaper, Staub says.

4 Cole & Son Arance wallpaper with a blood orange pattern by Piero Fornasetti was the starting point for the design. “The owner uses it for her Zoom background,” Ray says. “Everyone goes crazy for it.”

5 The banquette, crafted in the designers’ in-house studio, is upholstered in a sumptuous vinyl that feels like leather. “The banquette buttons relate to the navels of the fruits,” Ray says.

6 A small round table allows for circulation in the small space and the modern Windsor chairs nod to the age of the home. Plus, you can see through the backs to the wallpaper.

Marni Elyse Katz is a regular contributor to the Globe Magazine. Send comments to [email protected]

13 shared bedroom ideas: how to divide a shared kids room

Sun Jul 11 , 2021
Shared bedroom ideas can be a tough gig to design correctly as there are a lot of variables to weigh up. From working out how to split a small kids bedroom idea, to deciding the age limit for sharing, there are are lots of decisions to be made when creatively […] 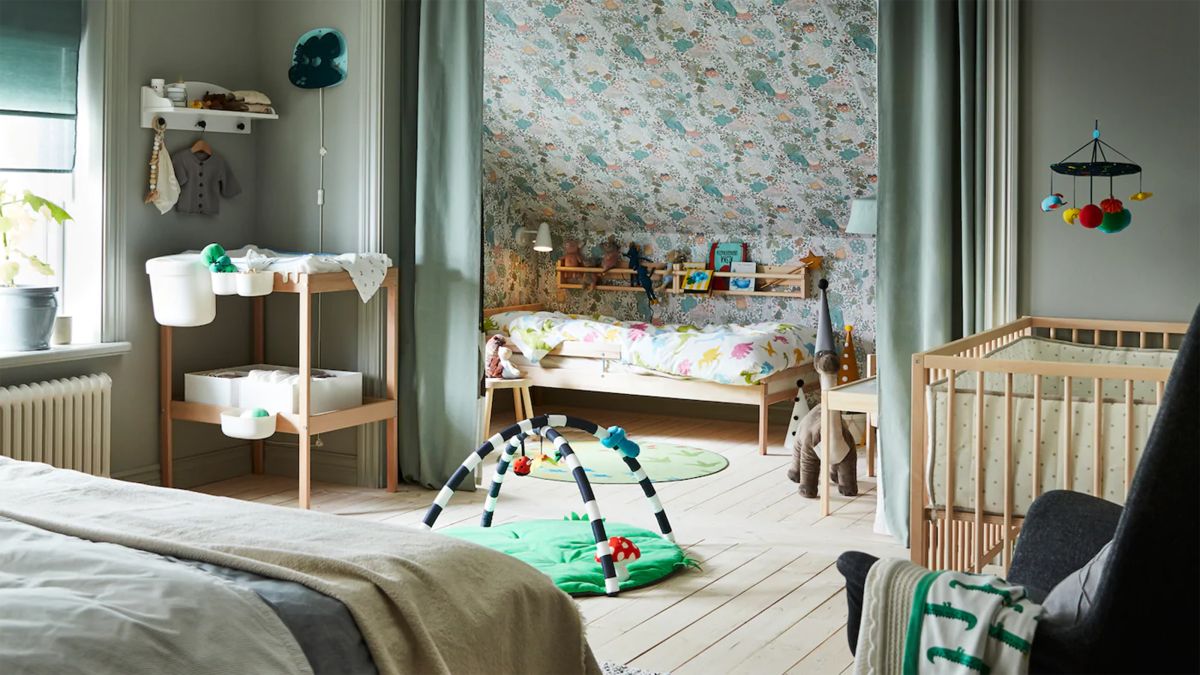