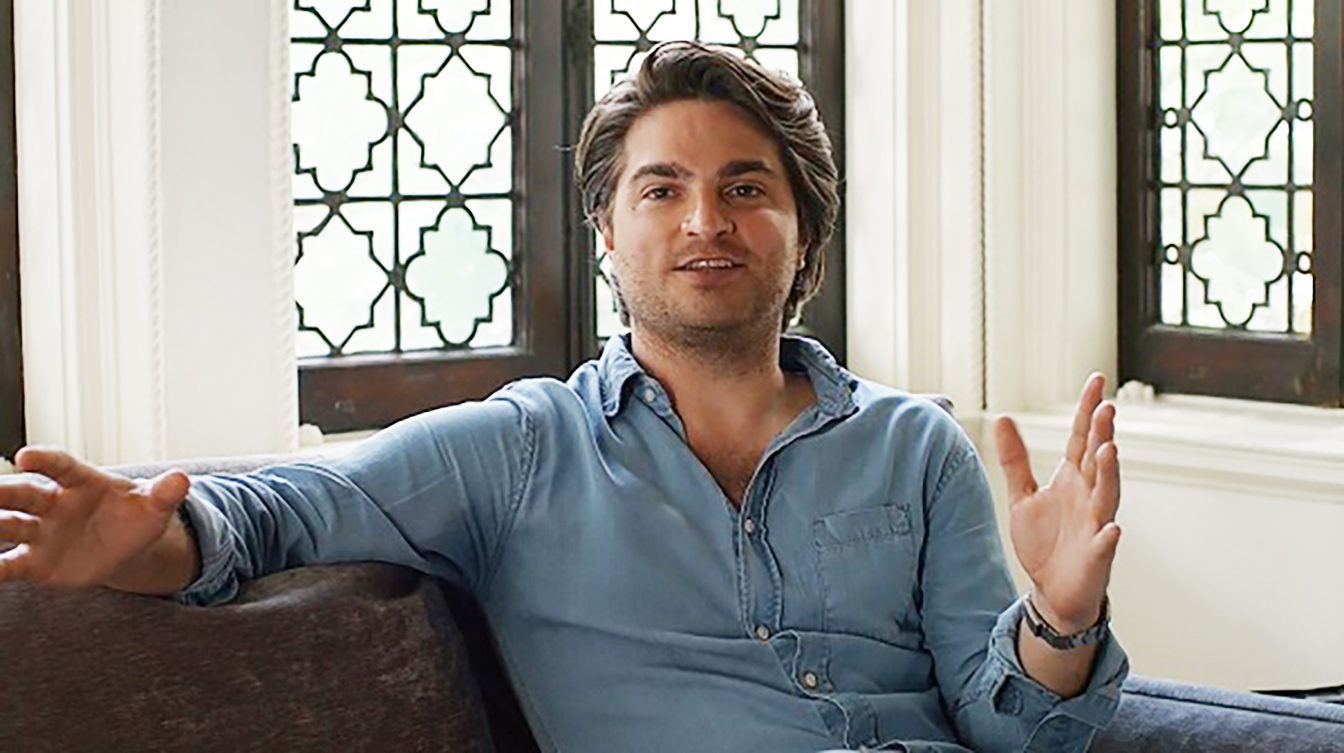 Den Cralle discusses the house he recently purchased in a teaser video for his planned documentary. (Martin Montgomery footage/BizSense screenshot)

When Den Cralle begins furnishing the Mediterranean-style mansion he recently purchased on Monument Avenue, he’ll be coming at it with an entire furniture business at his disposal.

The president and co-owner of Farmville-based Green Front Furniture won a bidding war this spring for 2315 Monument Ave., a nearly century-old house he’s planning to use not only as a residence but also as a virtual showroom of sorts, highlighting the company’s inventory of furniture, rugs and home décor items.

While the 7,200-square-foot home won’t be open to drop-ins off the street, Cralle is planning to document a renovation of the home’s interiors and create photo and video content for Green Front’s social media channels, where the 30-year-old is an active presence. 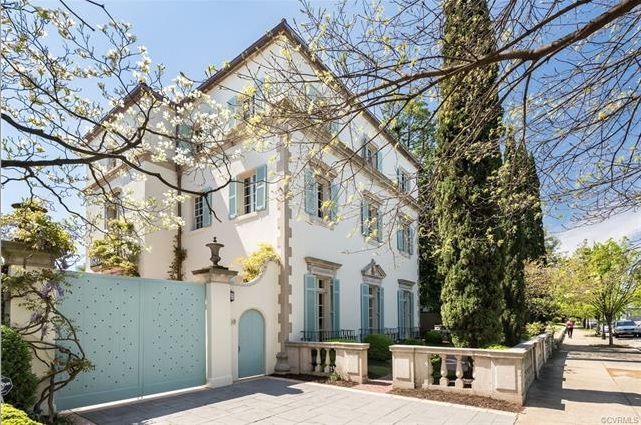 The Mediterranean-style house at 2315 Monument Ave. (Photos courtesy of CVRMLS)

“It’s going to be my house, but we are going to use it for content,” Cralle said. “Everything from Instagram to the documentary to product shots, Facebook Live. It’s going to be a living, breathing thing.”

“We’re going to start putting out YouTube content when we get it, but it could definitely be something where somebody could pick it up,” Cralle said. “Not saying they will, but we want to at least give ourselves a shot to get some good publicity.”

Cralle purchased the home in mid-April for $2.29 million, beating out competing offers that came in after the house had been on the market for a year.

The listing expired after the seller, who never moved into the house after buying it six years ago, died in February 2020, said Joyner Fine Properties agent Betsy Dotterer, who represented Cralle in the purchase. 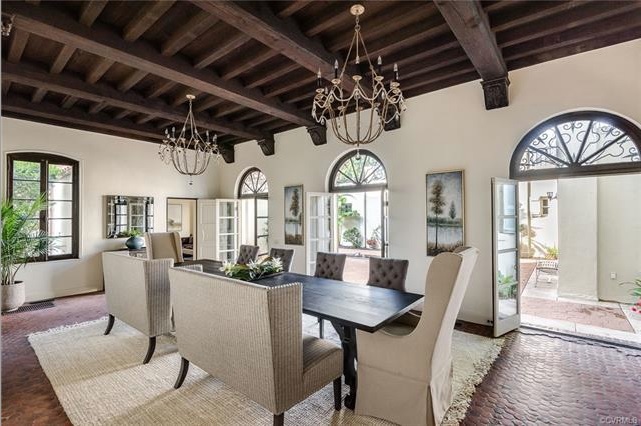 The death put the house in the hands of a trustee, which Dotterer said prolonged the process.

“In this case, it had to be handed over to a trustee of the estate. It took time for it to go from seller to trustee,” Dotterer said.

Richmond property records list the seller as Bosco LLC, which paid $2.22 million for the house in 2015. The city most recently assessed the quarter-acre property at $2.13 million.

Debbie Gibbs, Bo Steele and Lucy Williams of The Steele Group | Sotheby’s International Realty had the listing. Steele said the seller had planned a major renovation of the home before moving in but ultimately decided to put it up for sale.

‘These kinds of houses just don’t pop up every day’

Totaling seven bedrooms, four bathrooms and two half-baths, the nearly century-old house was built in 1924 and was designed by William Bottomley, a noted architect whose work in Richmond includes several homes along Monument.

The three-level home includes a foyer with curved staircase, arched doorways, a library with a ceiling modeled after a Roman art gallery, and a formal dining room with beamed ceiling and terracotta tiled floor. 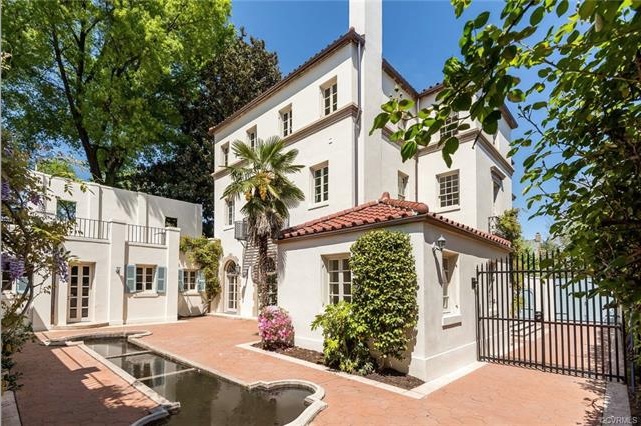 The property includes a rear courtyard with a reflecting pond.

Cralle, who is based in Farmville, said he was looking for a house that could potentially double as a Richmond showroom, acknowledging that most of the company’s customers come from the city.

Often traveling to other countries to source Green Front’s rugs and furniture, Cralle said he was drawn to the Spanish-design house for its international flair, which he said would complement the online content and serve as an appropriate backdrop. He said the house also will be used to host various design events and client appreciation parties.

He’s working with Richmond filmmaker Martin Montgomery on the documentary, and he’s enlisted local designer Avery Frank to assist with designing the interiors, which he said will be freshened up and brought up-to-date. He said the kitchen and bathrooms also will be redone.

Cralle said the process would serve to show design options available through Green Front, which he runs with father and co-owner Richard “Dickie” Cralle. The company operates out of a 1 million-square-foot complex in Farmville, with additional locations in Northern Virginia and Raleigh, North Carolina.

The 120-employee company brings in about $50 million in annual sales, Cralle said. 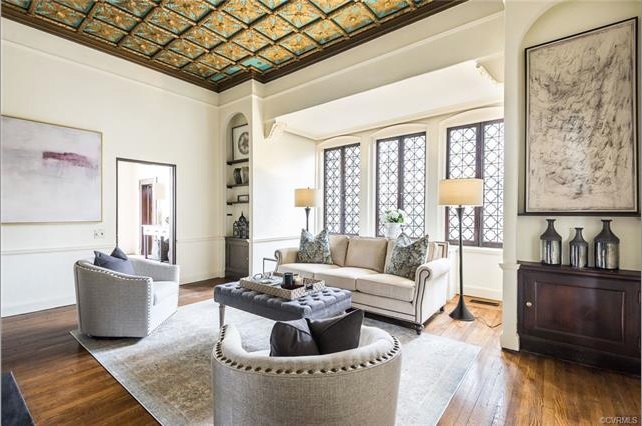 The William Bottomley-designed house was built in 1924.

“It’s going to help our brand of Green Front, the choices and customization options we have,” he said. “Maybe even go down to the factory where it’s being made and talk to the people making it, to show the whole process of some of this furniture.”

Cralle said he’s not putting a budget on his renovation, which he’s planning to get underway in coming months.

“We’re going to put our heads together to see what this can become,” he said. “These kinds of houses just don’t pop up every day, so we want to go all in and see what comes of it.”

Woman Transforms Kitchen With Thousands Of Coins During Lockdown

Thu Jun 17 , 2021
Billie Jo Welsby used thousands of coins to transform her kitchen. It appears not everyone struggled to kill time during lockdown. There were people who used it to let their imagination fly and creativity take shape. In northwest England, a woman used the ample free time in her hands to […] 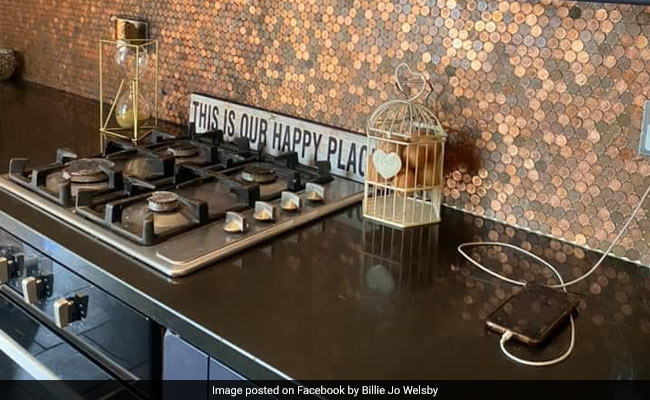