Chinese investors were the most active buyers of US real estate last year among foreigners — spending a record $6.1 billion on homes mainly in Florida and California, according to the National Association of Realtors.

Buyers from mainland China, Taiwan, and Hong Kong spent an average of just over $1 million per transaction to purchase existing homes — with nearly a third of those deals (31%) involving the acquisition of property in California, according to the NAR.

Canada came in second. Investors based north of the border spent $5.5 billion on US residential properties between April of last year and March of this year.

Florida was the state that attracted the heaviest volume of real estate purchases, according to figures provided by the NAR. It was the 14th consecutive year that foreign investors expressed the most interest in Sunshine State properties.

Florida accounted for 24% of all international real estate purchases in the US while California ranked second (11%).

Texas attracted 8% of all foreign-based real estate transactions while Arizona accounted for 7%. New York and North Carolina were tied at 4%.

In total, foreign buyers spent $59 billion to purchase 98,600 existing homes in the US — an 8.5% increase from the previous 12-month period.

Of those purchases, 44% were all-cash sales — which is almost double the rate of all existing-home buyers.

Foreign-based investors were twice as likely to make an all-cash purchase compared to resident foreign buyers.

Nearly six out of 10 Chinese buyers and 69% of Canadian investors made all-cash purchases while a little more than a quarter of Mexican and Brazilian buyers did the same, according to NAR.

Nearly half of the foreign buyers — 44% — bought their properties for use either as a vacation home, rental property, or both.

“Due to rising interest rates, overall home sales will decline in the US this year,” said NAR Chief Economist Lawrence Yun.

“Foreign buyers, however, are likely to step up purchases, as those making all-cash offers will be immune from changes in interest rates.”

He added: “In addition, international flights have increased in recent months with the lifting of pandemic-related travel restrictions.”

Earlier this week, senior economists warned that the US housing market could be on the verge of a “meltdown” following this week’s release of data showing a collapse in home builder confidence in July.

US home builder confidence plummeted 12 points to 55 in July, according to the latest data from the National Association of Home Builders/Wells Fargo Housing Market Index released Monday.

Wed Jul 20 , 2022
Whether it’s roses tumbling over an arbor, a planter filled with heavenly scented lavender, rustic rattan chairs, or a quirky little bird house for our feathered friends, cottage garden ideas are one of the most popular design choices for outdoor spaces at the moment. A fixture in the top garden […] 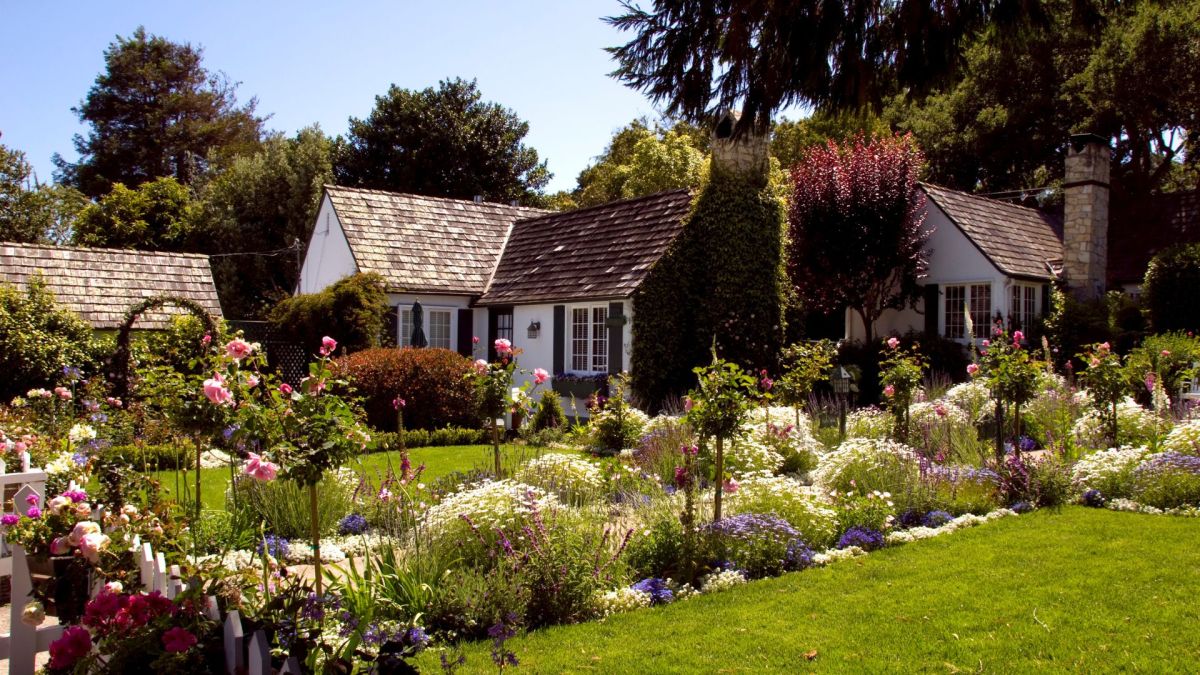