SUTTON — This old stone building still has rings on its outside walls to tie a horse’s reins.

Inside, there are arches from the days when part of the building served as a Catholic church.

The building on a hill that overlooks Manchaug Village and the Blackstone River has served many purposes since it was built in the 1800s, from the aforementioned church to municipal offices and a general store.

Support local journalism: Subscribe to telegram.com today for only $1 for 6 months.

Today, it serves as the new home for District V House, a home design retail store.

Owner Janice Burke, who was born and raised in Worcester’s District 5, has spent most of her adult life as an interior designer. She decided to open a home decor retail site to combine her love for design and “all things home.”

“I looked all over Worcester” to find a suitable location, said Burke. After some research, she found what she was looking for — plenty of space, parking, “a really nice location.”

History of the location

According to the Sutton Historical Society, the Manchaug Company Store Building at 356 Manchaug Road was built circa 1868 by the B. B. & R. Knight Company (the largest private cotton manufacturer in the world as reported by the New York Times in the early part of the 20th century).

The building at various times housed a general store and market, village library, post office, in addition to serving as a gathering and polling place.

The community hall on the second floor, which seated 300, hosted plays, musicals, dances and other community gatherings.

This community hall served as St. Anne’s Church from April 1924 to June 1953 after a fire on Wednesday, April 16, burned 10 acres of the “flats,” including the church, rectory, convent and parochial school; it left a quarter of the town’s population homeless. The Village was not given a new church building until after the death of their pastor in 1951.

A store remained in this building until after World War II. George Plante was the last manager. Descendants of Plante still live in Manchaug, and the family’s ancestors were some of the first French Canadians to arrive in Manchaug.

A new home for ‘House’

The space was most recently home to an interior designer and her husband, who lived on the top floor and had a store on the first floor. Burke said that during renovations last winter, a pipe burst on the top floor, causing some damage to the floor below.

It may have been a setback, but it gave Burke a chance to “get rid of a dirty carpet.”

While some spaces are still works in progress, including Burke’s office, the main space offers customers the chance to peruse the wares from 15 local and regional vendors “thoughtfully curated” by Burke.

“The vendors offer antique, vintage, handmade artistry. Their styles complement rather than compete, and range from brand new vendors to seasoned vendors,” said Burke. “The huge reason I wanted to have vendors here is because it helps incubate an organic introduction from a passion into a real-life small business.

“Starting small is still starting. Economic development in small business collaboratives has been a huge catalyst to make the jump into their own stores or business growth. The mantra in which I have kept in my mind throughout this whole process has been ‘Alone we are but one drop. Together we are an ocean’.”

“I truly believe in supporting each other in this process, and that we will go further. All but one of my vendors are women. We all have some sort of kismet story that has connected us, and I am grateful and excited for all the ways we will grow together and individually,” said Burke.

In one room, there’s a vendor selling towels and cutting boards with a Sutton theme. In another, there are items from around the world, including French furniture, Belgian feathers and a zebra pelt from Africa.

Next to the reception desk, a Stow-based plant business, The Botanary, offers plants for sale, complete with instruction tags on how to keep the plants alive and thriving.

Burke said she plans to open a DIY section (she’s waiting on supplies); home delivery is also in the works.

Burke opened the store on July 16, which also marked her 40th birthday.

“This store has been my lifelong dream come true. It is a culmination of my entire life,” said Burke.  “I have always had a passion for all things home, and opening this store has been the most exciting and wonderful experiences in my career.

“My new neighbors and town have welcomed me with open arms, and I am excited to not only share my store with everyone, but to create an experience when coming to visit. I am partial, but what my vendors and I have created is absolutely magical just by walking in the door,” she added.

Some of that magic has flowed outdoors. While clearing out the back of the building, Burke and her family discovered a patio (the site of a horse stable) and a fountain.

The space has been converted into an English garden (her father is still trying to get the fountain to flow); Burke said she’s already held a couple of social events.

Burke plans to jump into Sutton’s community events with both feet, especially the Chain of Lights in December; she’s already signed up to be a trolley stop.

She’s also looking forward to getting to know her new neighbors, including Vaillancourt Folk Art across the street, which as “given me the most gracious support and welcome.”

Wed Jul 27 , 2022
Designing a sustainable kitchen should be an integral part of your plans if you are remodelling, and thanks to the latest innovations and materials, it shouldn’t be the uphill struggle you might think.  Whether you love the sophistication of sleek, modern designs or gravitate towards the timeless style of farmhouse […] 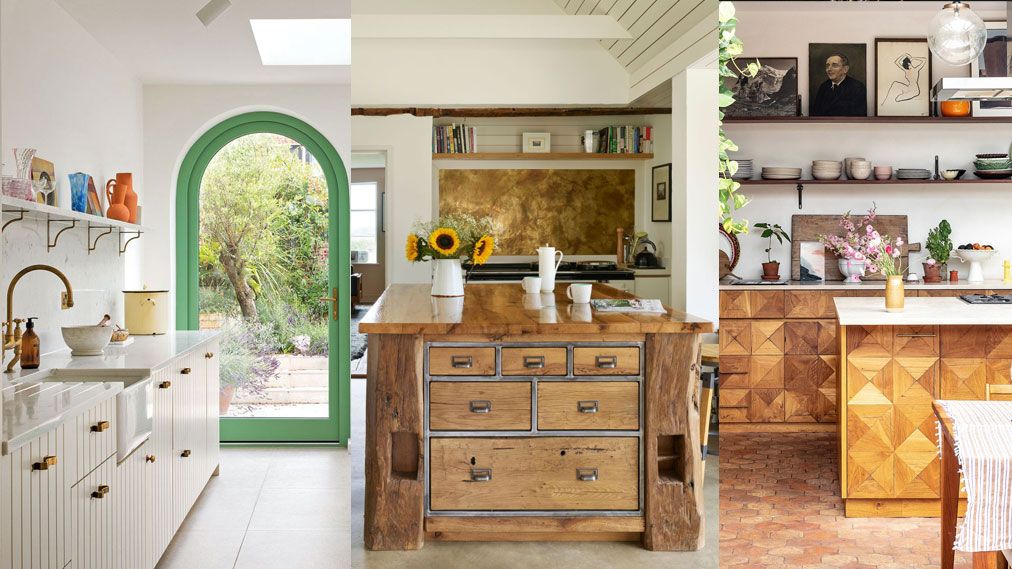