The best time to buy turnaround stocks is when their financials have caught up and things are in full swing. Shares are typically artificially depressed due to low growth prospects before that point. When that changes, many investors usually buy the stocks simultaneously, leading to powerful upside rallies.

Spirit Airlines (NYSE:SAVE) and Bed Bath & Beyond (NASDAQ:BBBY) are both stocks with huge upside potential that market participants are just starting to recognize. So let’s look at how they can add weight to investors’ portfolios. 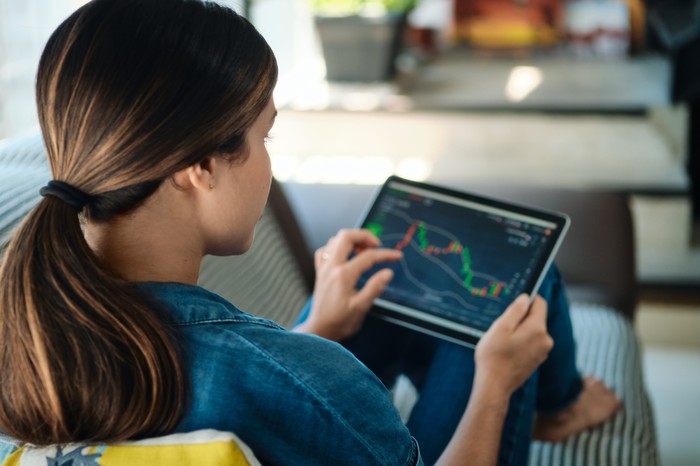 Budget airlines operators never really took off in North America as they did in Europe, due to lower population density in the former. However, Spirit Airlines seems to have figured out the economics to make it viable. Before the pandemic hit, the company saw revenue upwards of $3.8 billion — which had been growing for over three years. Meanwhile, it was handsomely profitable with a net margin of roughly 10%. Keep in mind that top players such as American Airlines (NASDAQ:AAL) only had a net margin of 5% before COVID-19 hit.

The company has a significant value proposition in that it can offer the lowest fares in the industry when it comes to traveling between popular domestic destinations. For example, a round trip flight with Spirit Airlines between Fort Lauderdale Hollywood International Airport (FLL) and New York LaGuardia Airport (LGA) costs a mere $105. Meanwhile, competitors typically charge between $200 to $400 for the exact same route.

Spirit Airlines is able to offer such value due to its business model of stripping down a fare to nothing but its bare-bones basics. For starters, customers board first based on whether or not they have full-size carry-on luggage (to make the process go faster), which, by the way, is not included in the standard ticket price. Seats are not only small and uncomfortable but there is also no in-flight entertainment system and no power outlets. In addition, complimentary drinks and snacks are not included. All of the above details cut Spirit’s operating costs and let more profit roll down to the bottom line.

But price-sensitive passengers don’t really seem to care. For many people, getting from point A to B on a cheap but lousy flight is much more enticing than doing so on an expensive but comfortable one. Right now, Spirit Airlines is extremely undervalued at a market cap of $3 billion. The company is well poised for an uplift as travel (especially domestic) rebounds. It is still not too late to buy the stock despite its 69% year-over-year gain.

Bed Bath & Beyond has made a surprising comeback in the face of competition from e-commerce platforms. The company crafted its success based on an “if you can’t beat them, join them!” strategy. During the first quarter of 2021 (ended May 29), Bed Bath & Beyond’s revenue grew by a stunning 49% year-over-year to $1.954 billion.

More than 38% of its sales now come from online orders. There was also uniform growth across its bedding, bath, kitchen food prep, indoor decor, and home decoration products.

Bed Bath & Beyond is investing heavily in e-commerce to build momentum. Last month, the company announced it would be partnering with food delivery platform DoorDash (NYSE:DASH) to offer same-day delivery on store items across the U.S. and Canada. On July 14, the company announced it was doubling the number of U.S. zip codes eligible for same-day delivery due to a partnership with Roadie, a crowdsourced delivery platform.

But the best quality of this stock is its valuation. Right now, you can invest in Bed Bath & Beyond shares for an amazingly low price of 0.33 times revenue. What’s more, the company has an active share repurchase program — buying back 5 million shares using cash on hand in the first quarter of 2021 alone. The stock has gained 195% over the past year, and there is still more room to fly.

This article represents the opinion of the writer, who may disagree with the “official” recommendation position of a Motley Fool premium advisory service. We’re motley! Questioning an investing thesis — even one of our own — helps us all think critically about investing and make decisions that help us become smarter, happier, and richer.

Transform Your Bedroom With These 6 Basic But Smart Hacks

Sat Jul 24 , 2021
A bedroom should be your sanctuary where you go to sleep or relax by doing some of your favourite hobbies. It should feel like a safe space where you love going at the end of the day because that way you will get much better rest. That is why you […]